Grant and I don’t got out to eat much,but we do have a special place in our hearts for a good burger. While living in Austin, TX we LOVED Dan’s Hamburgers, but here that is not an option. Since we are still eating KETO, we have enjoyed Five Guys Burger and Frys especially since they have a really nice set up for a bunless burger where they give you TONS of toppings and a nice dish so you can easily eat it with a fork and knife. So I had a hankering for some Five Guys but decided to make my favorite version at home since I had everything for it. 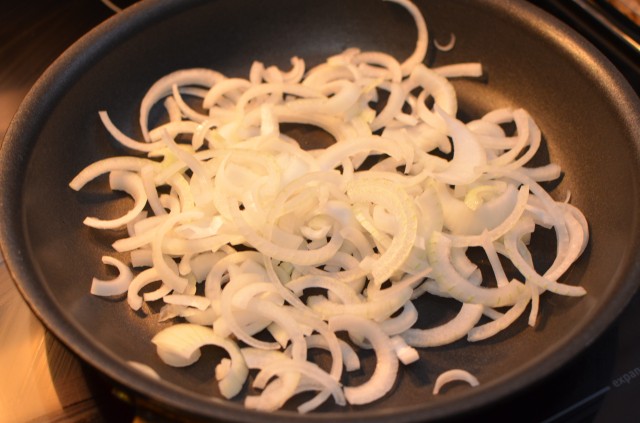 Start with one onion sliced which you can cut in whatever fashion you prefer; I wanted them a little larger so they wouldn’t slide off the burger as fast. 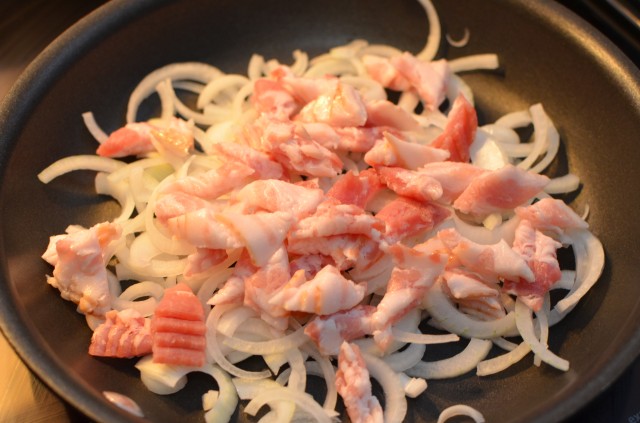 I cut up 4 sliced of bacon with a pair of scissors,but you can always do more. 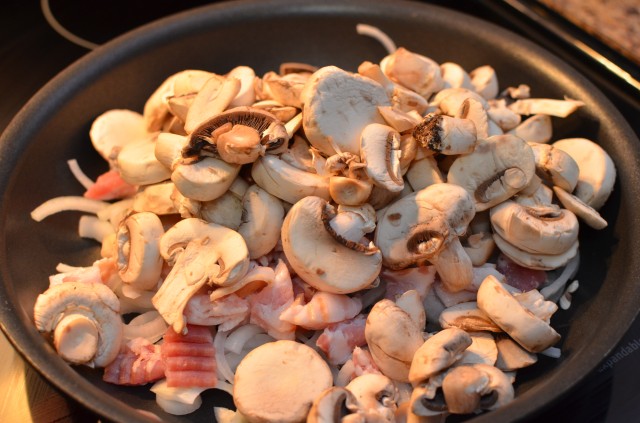 Chop up around 4-5 ounces of mushrooms or more. 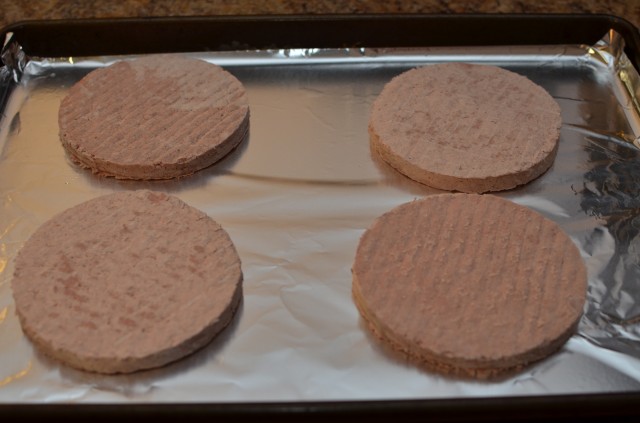 We didn’t have fresh patties, just the frozen ones, and I baked them in the oven, but if you have a grill, it would be a lot tastier like that. Don’t forget to season them! 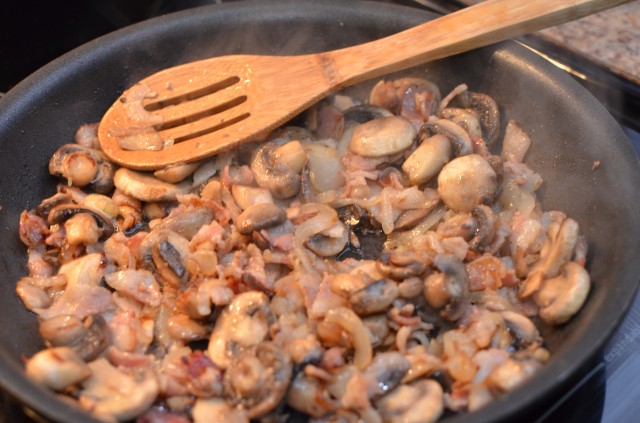 Cook until everything is nicely done and even parts a little crispy. 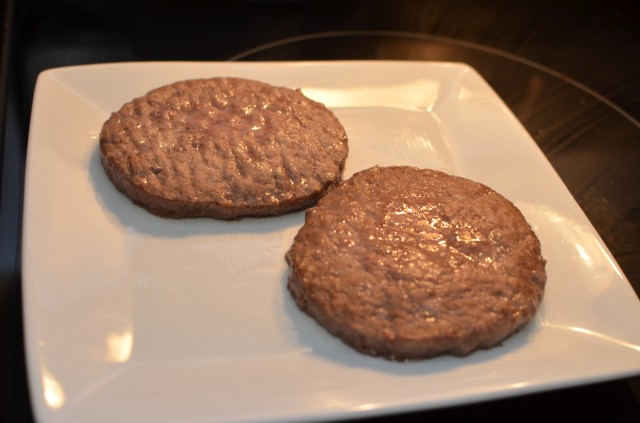 Start with your burgers. 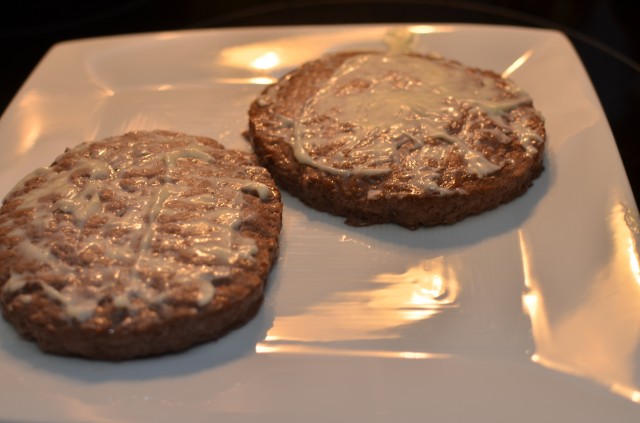 I added Mayo since I’m a sucker for condiments. 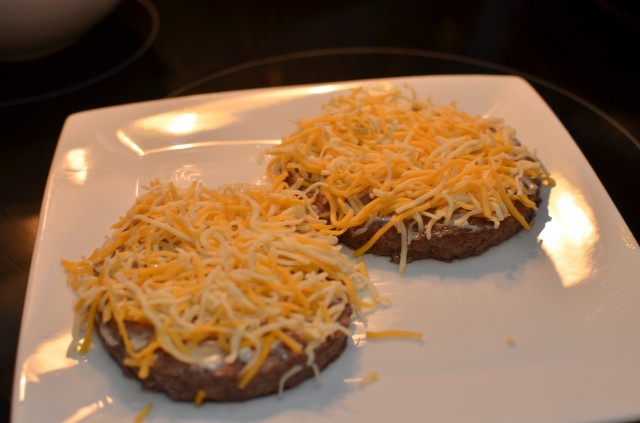 Add some cheese, we normally don’t buy shredded cheese cause of the extra carbs they add in,but we had some we needed to use up. 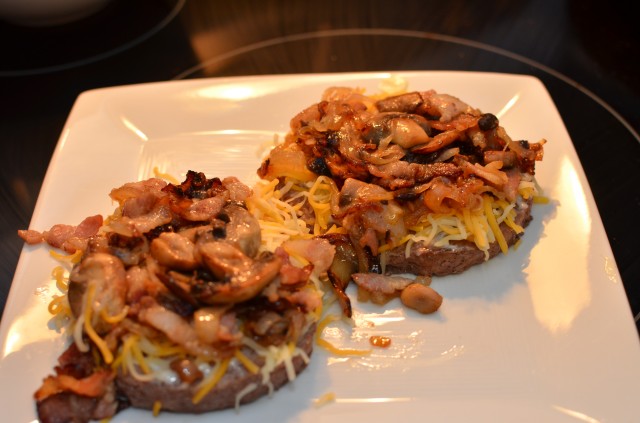 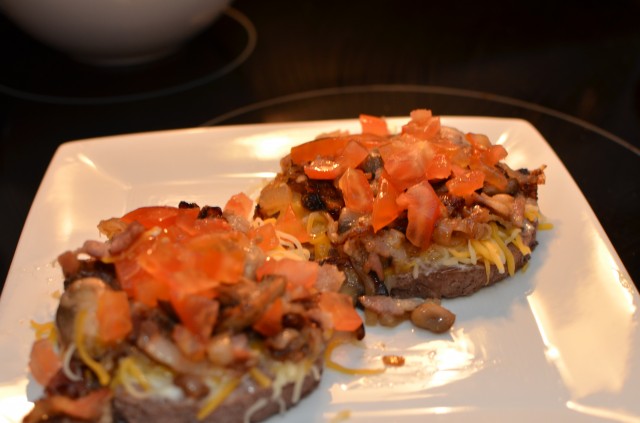 I love tomatoes so I added a few,but you could do pickles or anything like that instead. 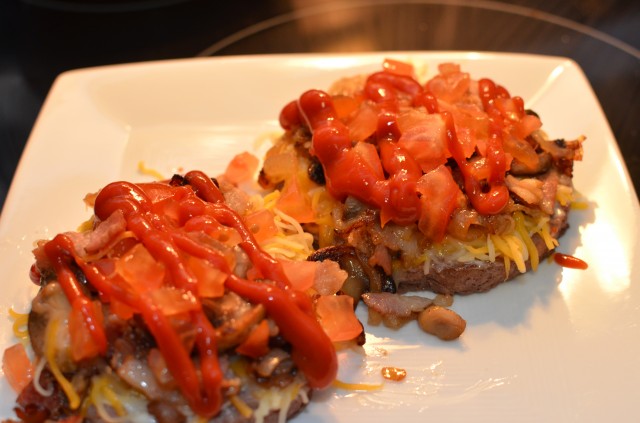 I then added some sugar free ketchup,but I am sure you could find a BBQ sauce or something like that instead. These were super filling, and the recipe above made enough topping for four patties. We ended up eating 1 each and a few hours later coming back for the second ones.

[…] Just a lot of great food, itÂ definitelyÂ takes more time, but so worth it. Keto Burgers […]