Baskets are always so beautiful and there are so many different kinds. I have been on the look out for a basket to hold our throw blankets in the living room for a while now. My Mother-in-law does amazing basket weaving by hand so I considered asking for a basket for Christmas,but I didn’t want to wait that long. 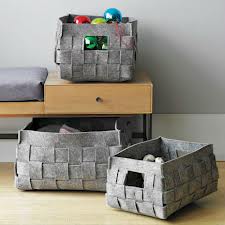 These are my favorite cloth baskets that I found at West Elm, but for something so simple, I couldn’t justify spending that much money on them. I wanted to make one that looked just like this,but I only had regular felt not the really nice sturdy stuff like these baskets are made of. Â So I had to settle for something in between since I wanted this project to cost me nothing. 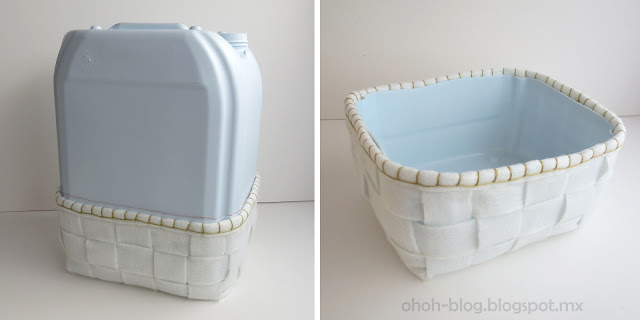 This is a cute idea which I considered making something like this, and she has a great tutorial.

Another tutorial for these. 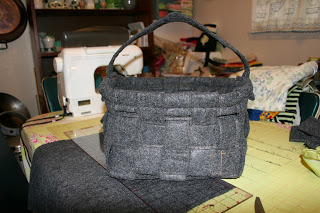 Her basket is very sturdy and also has a great tutorial. 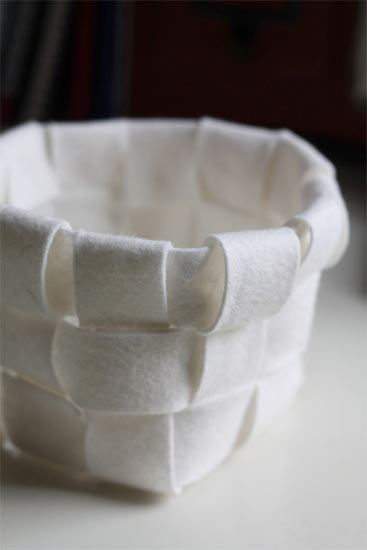 Here is one similar to how mine turned out.

Anyway, here are the steps that I followed to get my basket. Sometime when I have more allowance, I might buy some of the nice stiff felt to make a true copy cat of the West Elm baskets, but we will see. 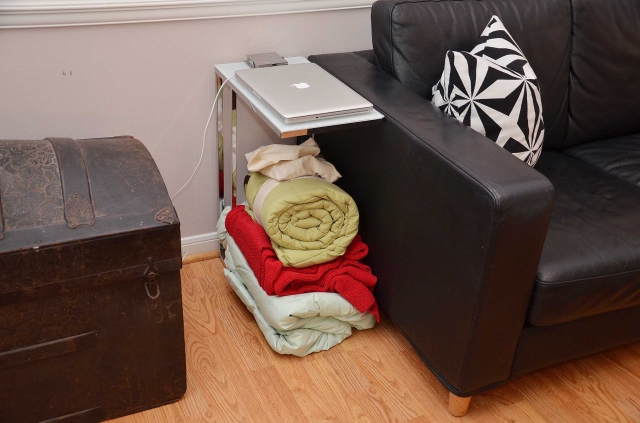 So here is our current situation that I wasn’t a huge fan of, I needed to corral these blankets. 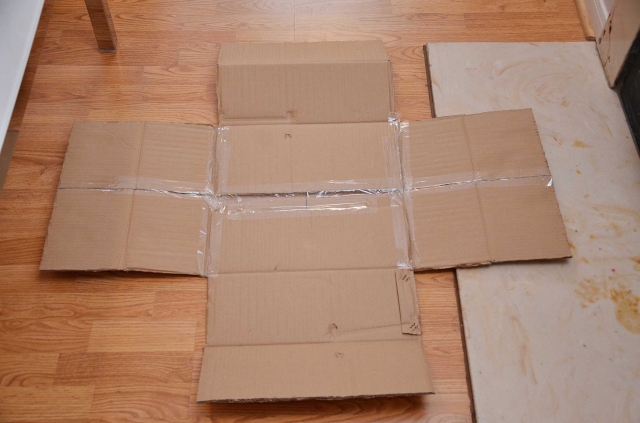 I took a box and went to great lengths to make sure these were the same length and the size I was wanting. 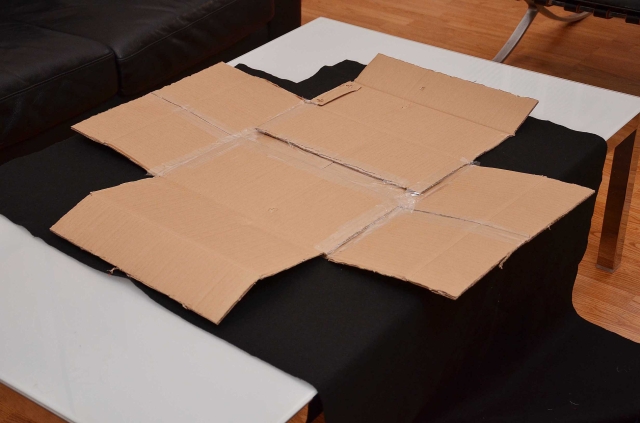 I then used the box as a pattern piece. 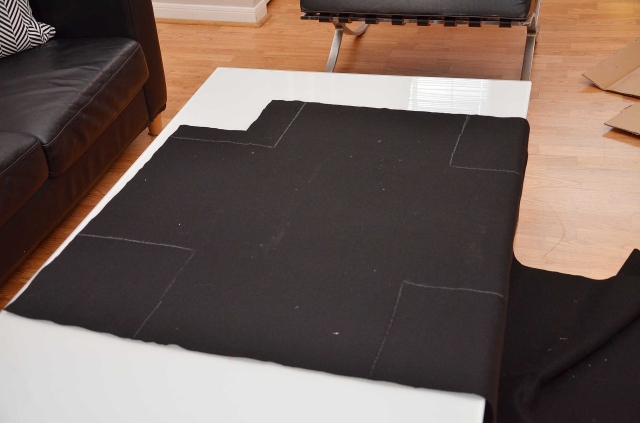 I traced it with white colored pencil; I really need to buy some chalk. 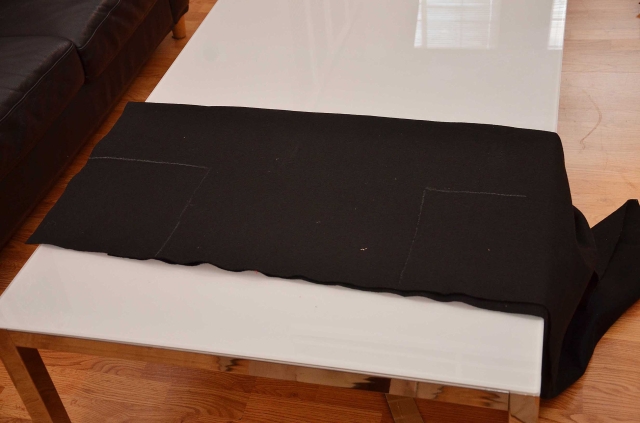 I then folded it in half Â since I wanted it to be as symmetrical as possible. 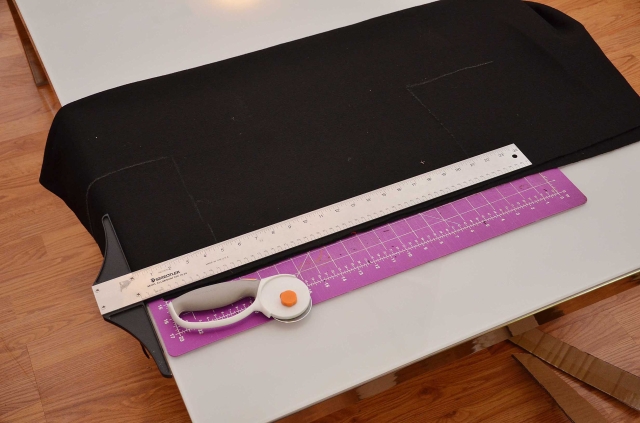 I cut the ends with a rotary cutter and a square. 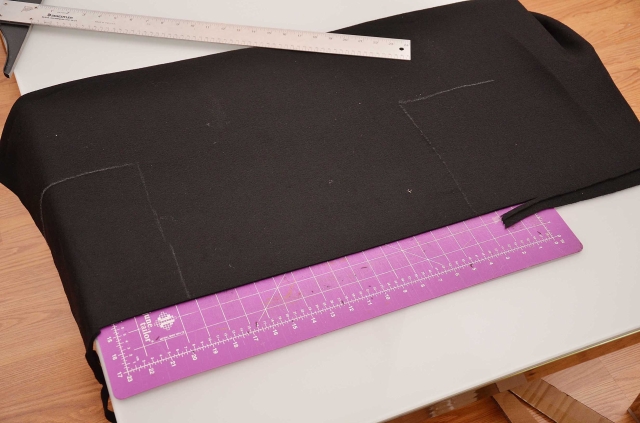 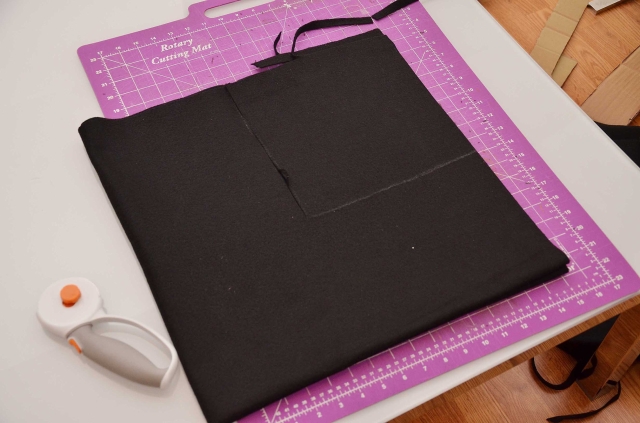 Then I realized that I could have just taken the big square, folded it in half once, and then again. Then cut out the square in the top corner and had it exactly the way I wanted it. So next time, I will do it right the first time. 🙂 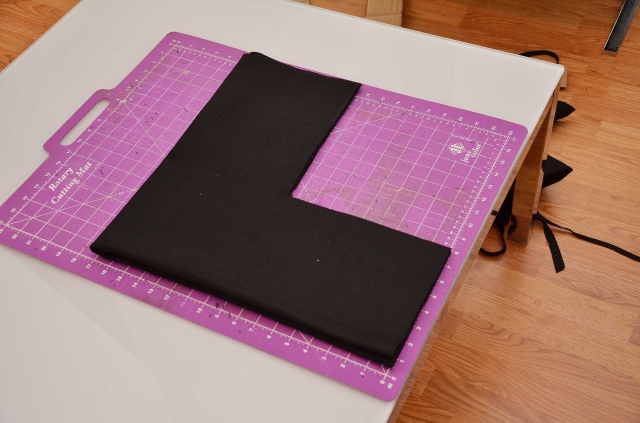 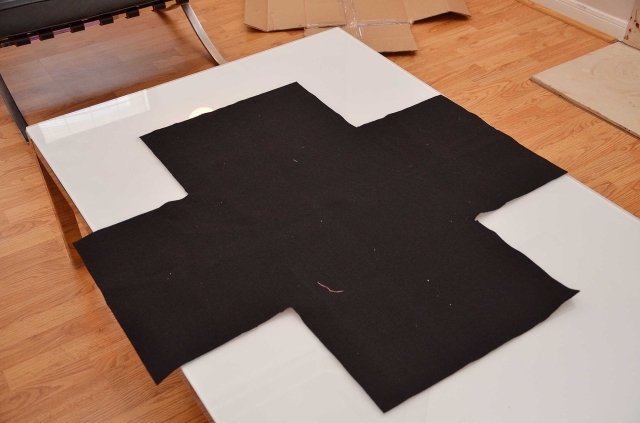 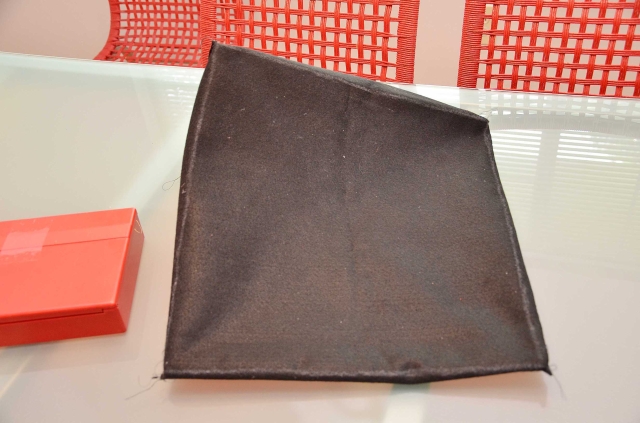 On the inside of the box, I drew a line for the base so I wouldn’t cut into that. I wanted it as sturdy as possible since I am using such thin felt. 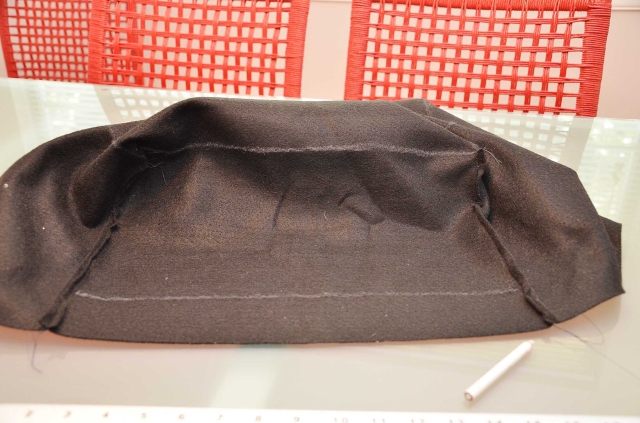 Then draw a line around the whole top portion of your box for where you will stop cutting. I didn’t want to weaken it by cutting all the way to the top. 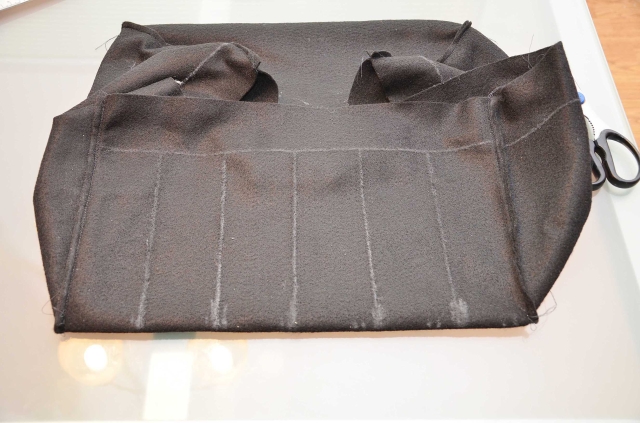 Then measure and draw where you will be cutting. As you can see i had sewn my box together only to figure out I needed most of the corners open, so don’t do that. 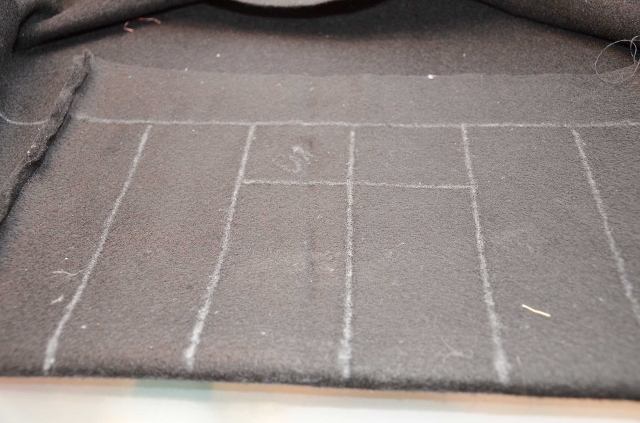 If you want handle holes, draw them. I ended up not putting them in because of how flimsy my felt was. 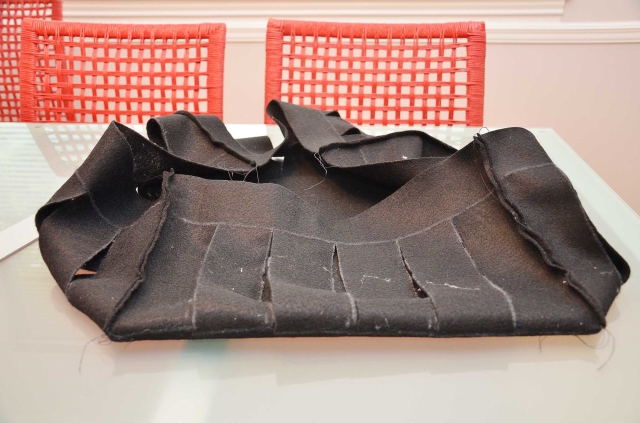 Then sew the top corners from the top to where your first line is drawn only.

I then cut strips from the rest of the felt and where they were short, sewed them together into longer strips. 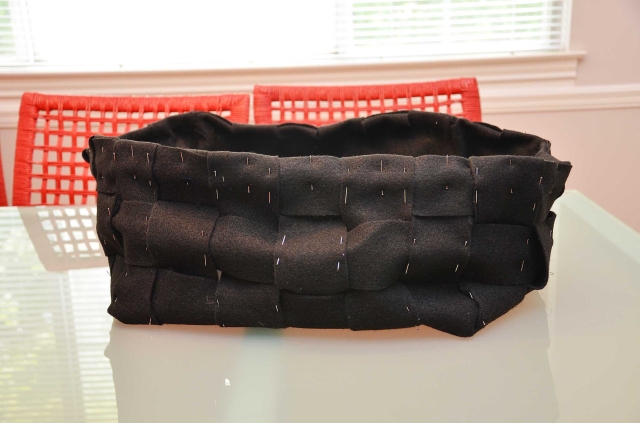 I turned the bag right side out, wove 3 strips into the bag,and then flipped the top portion down and pinned everything into place.

Then I sewed along the top edge and the top and bottom of the middle strip that was woven. I then wanted the basket to taper just a little bit at the top so I turned it inside side out and sewed each corner all the way up getting smaller toward the top. 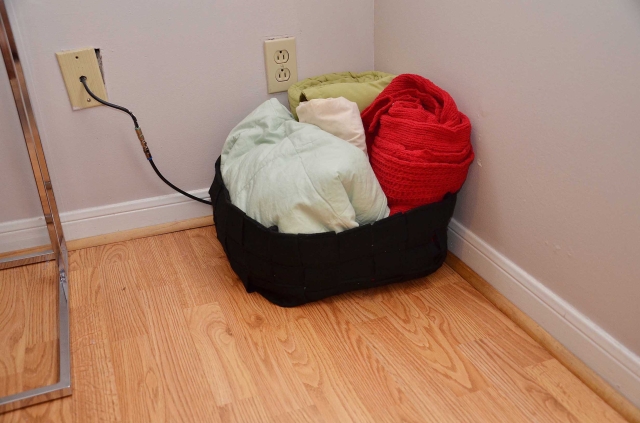 I turned it right side out and filled it with our throw blankets. 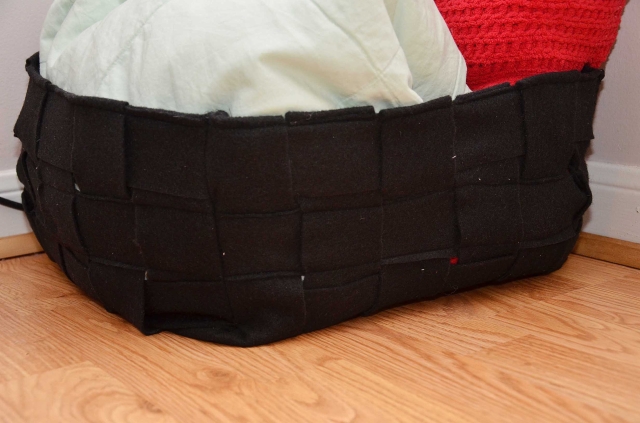 It is hard to show the woven portion because of the color, but I think it turned out pretty good. As I said before, I might make one that looks exactly like the West Elm baskets one day when I’m in the mood. 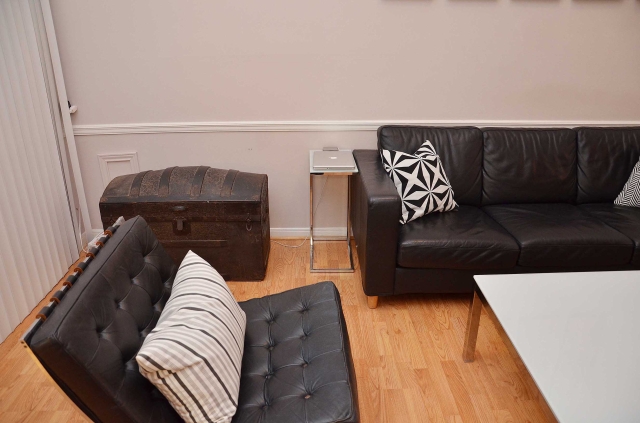 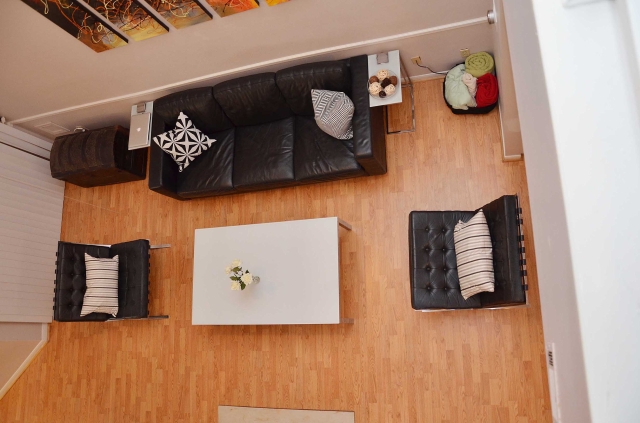 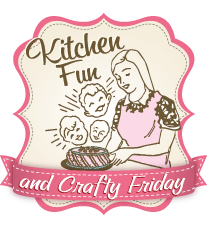 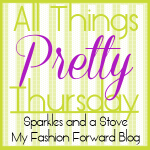 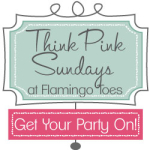 what size do you want a basket to be? square? rectangle? colors? with handle? or inset handles? All you have to do is ask and you will receive – love you.

Gail and Sandi,
you two have me cracking up! How will I ever choose?!

I would love for you to share and link up at my weekly TGIF Link Party if you haven’t already this week. Your favorite posts, most popular, recent or new! The party is open every Thursday night and closes Wednesday’s at midnight. Followed by (Not SO) Wordless Wednesday! http://apeekintomyparadise.blogspot.com/.
I would be honored if you join us and follow to stay connected Have a wonderful week!
Hugs, Cathy

That is so cool! Wonderful job too! You made your own storage. 🙂 Thanks for sharing at All Things Pretty!