Ever since my birthday, I have been wanting to eat some more Lobster Bisque. So I have tried two different recipes that had good reviews, and here is the final version that we like. It is a crock pot dish as well which is always nice. 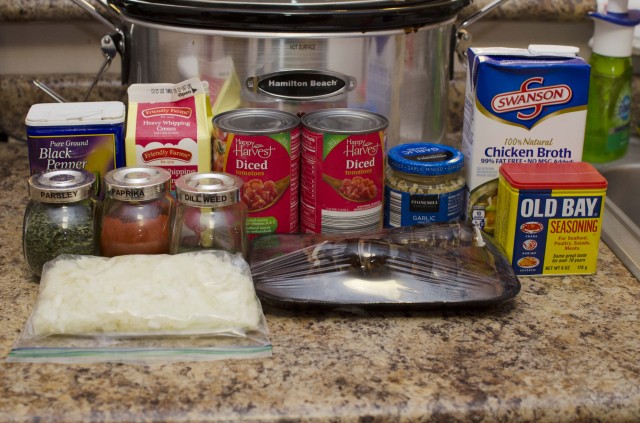 Here are all of the ingredients except the flour(or other thickener if desired) and butter. 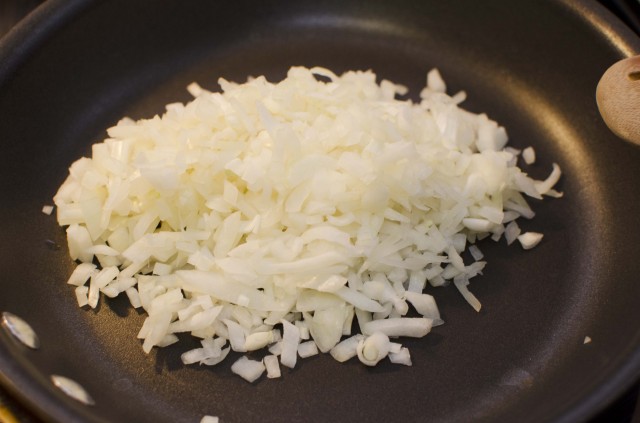 Add your onions to your skillet. 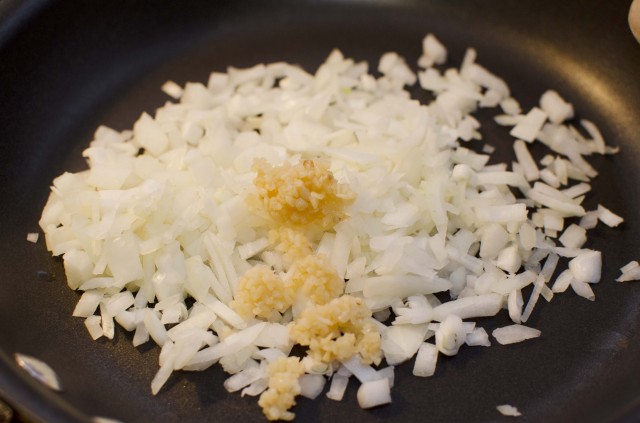 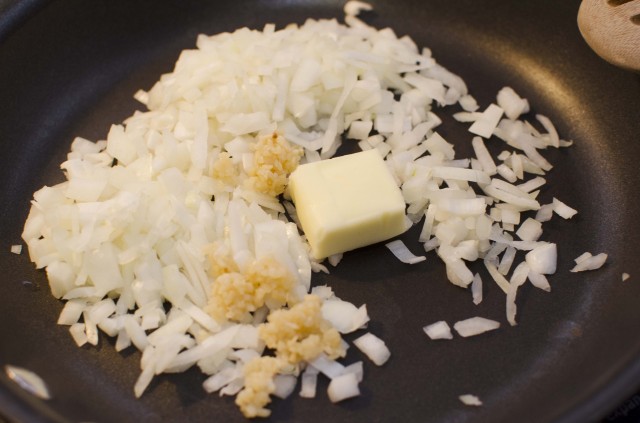 Add your butter, I started off with this, but you can always add more. 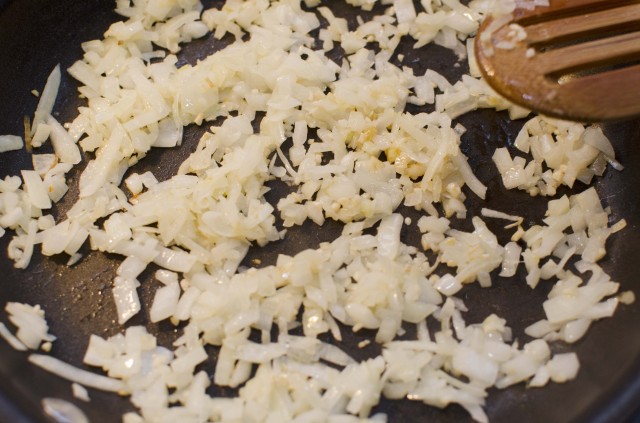 Saute until silvery. This is where I will add 4 tablespoons of Flour from now on. Once the flour is slightly browned add a little bit of your chicken broth to the skillet to create a roux. 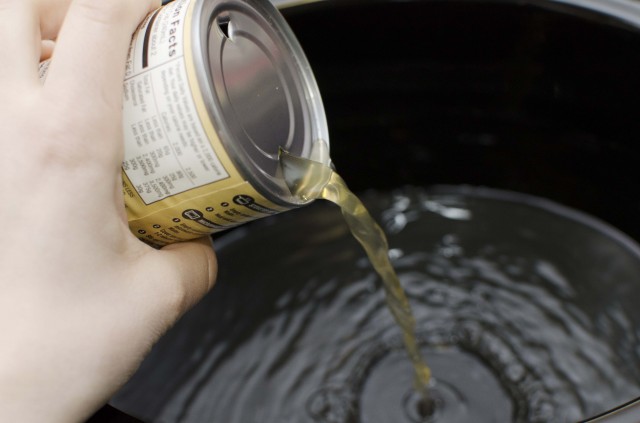 Add the remaining chicken broth to your crock pot. 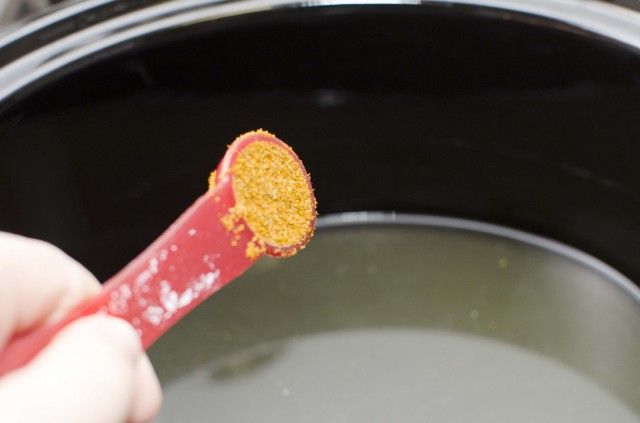 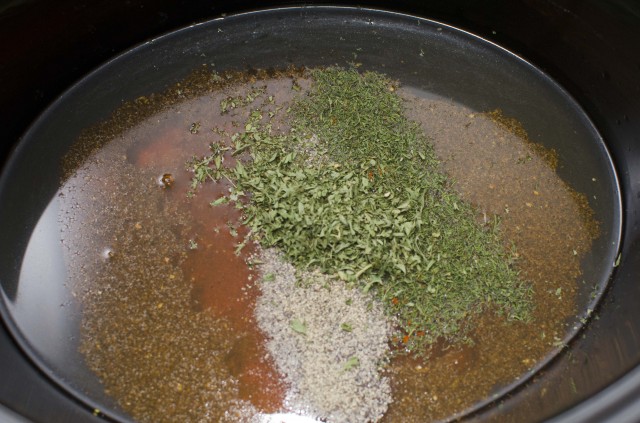 Add all of the other seasonings to the crock pot. 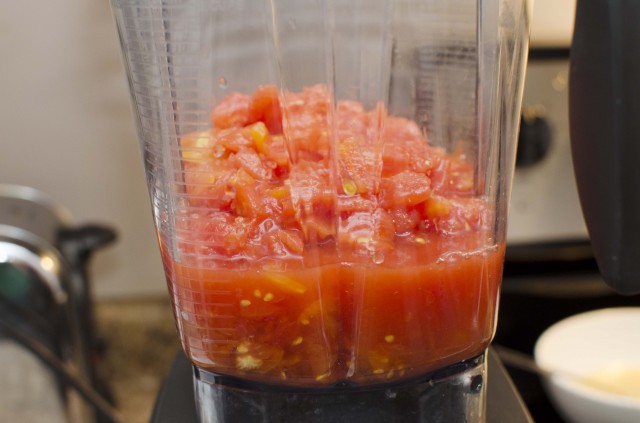 Take the cans of diced tomatoes and put them in your blender unless you have an immersion blender that you can use later on the soup. 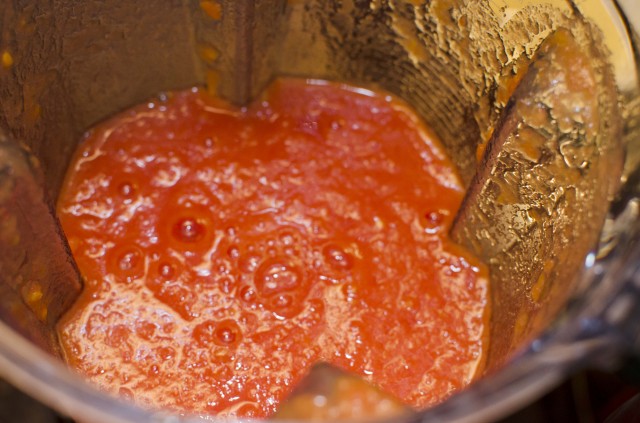 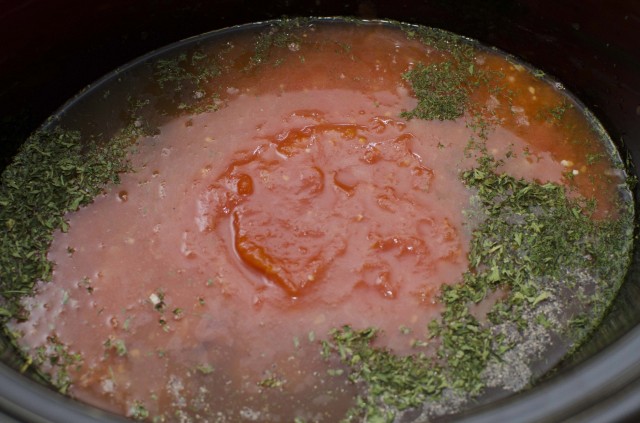 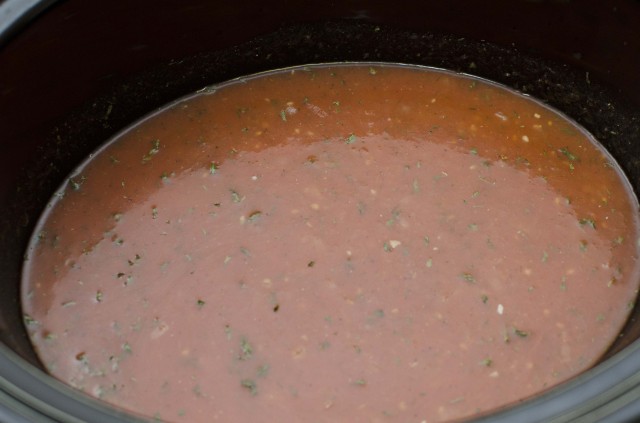 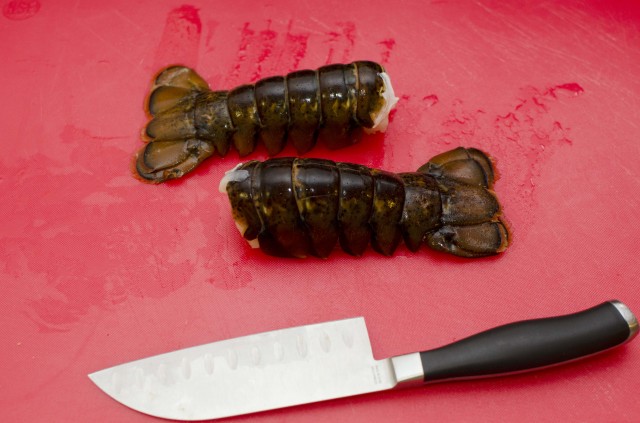 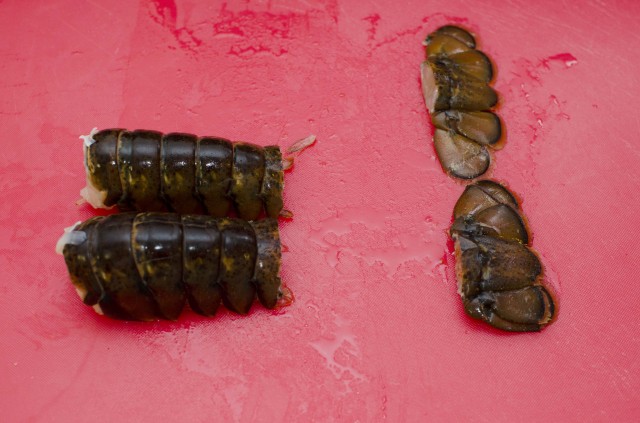 Cut off the fan portion to use in the soup, and place the other portion into the ridge for later. 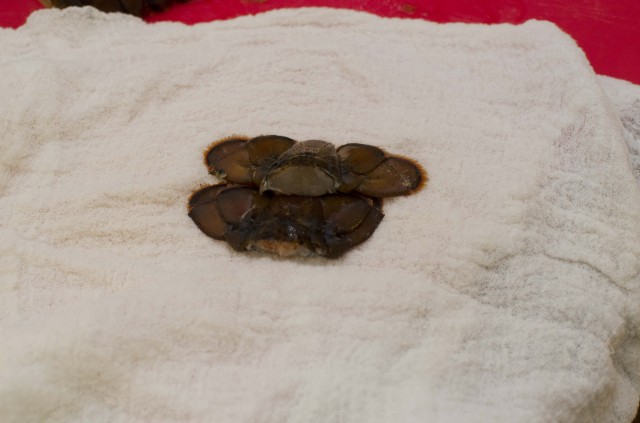 I didn’t want any shell pieces so one time I wrapped them in cheese cloth, and the other I put a fine mesh strainer into the crock pot and put the fan tails in there. 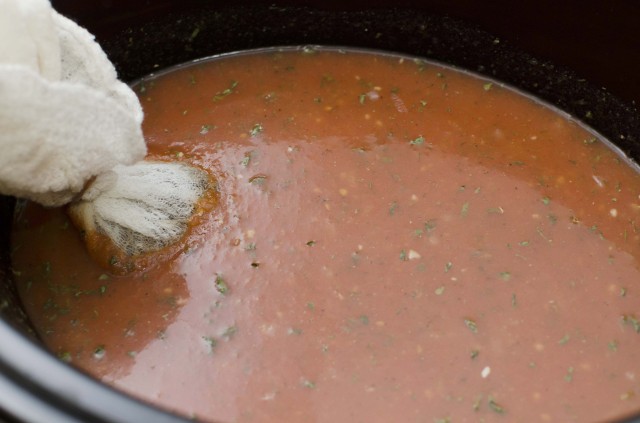 How the cheese cloth looked. 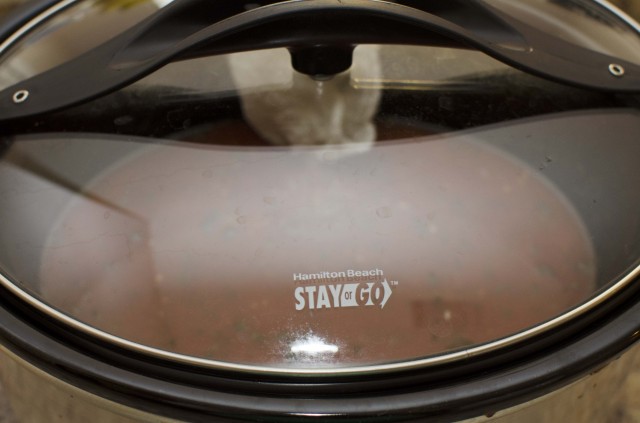 Put on the lid and let it cook. 45 minutes before serving remove the fans from the soup. 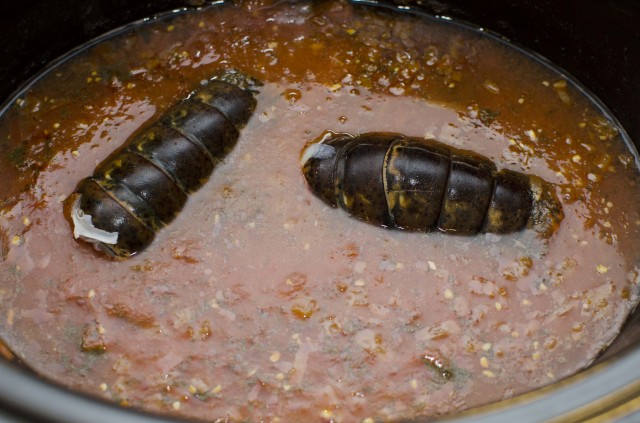 Add the tails to the soup, the second time I made this I used the same strainer and preferred that method. 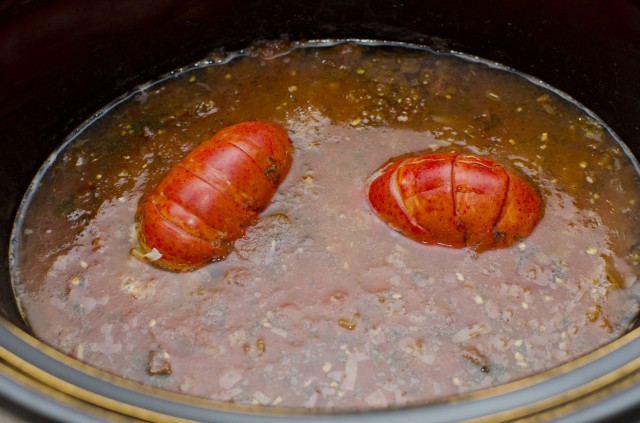 Once they are red, remove them from the soup. 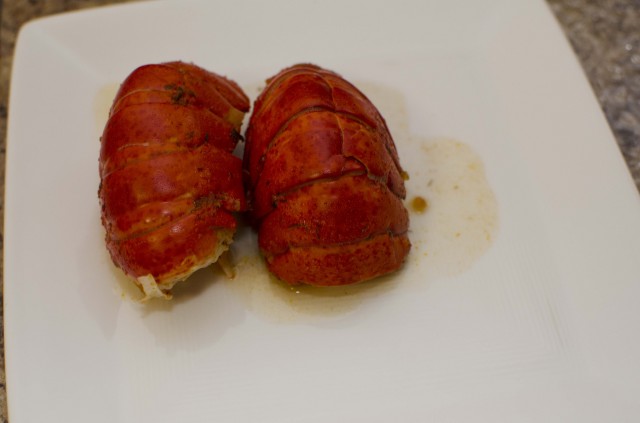 Once removed, put them on a plate or cutting board. Now is a good time to throw your garlic bread in the oven. 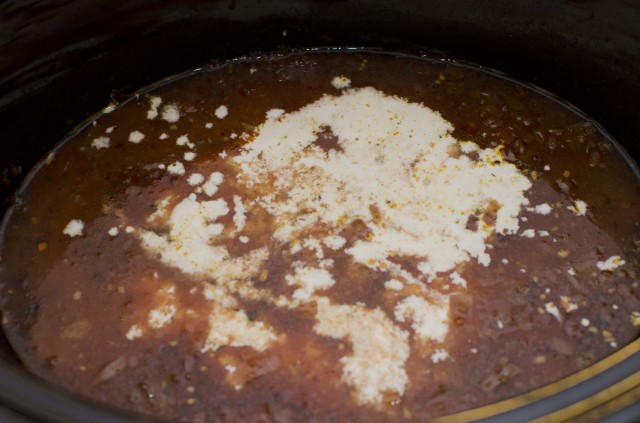 Add your whipping cream to the soup. 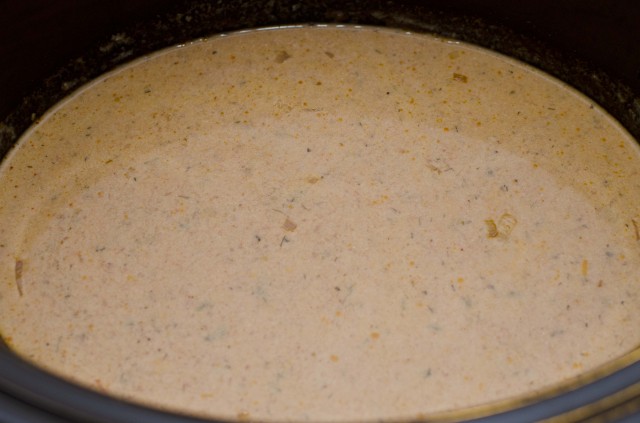 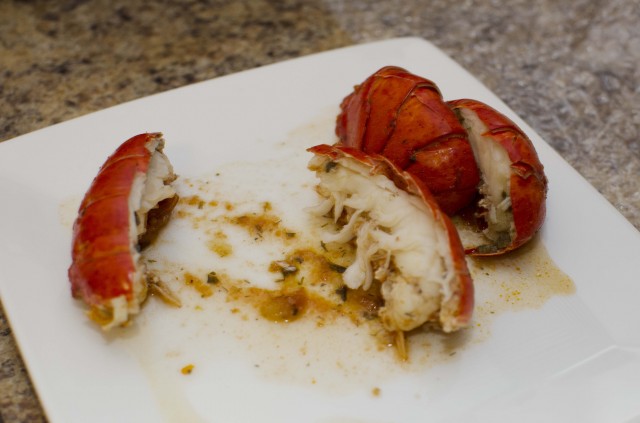 Cut the tails in half and carefully remove the flesh. 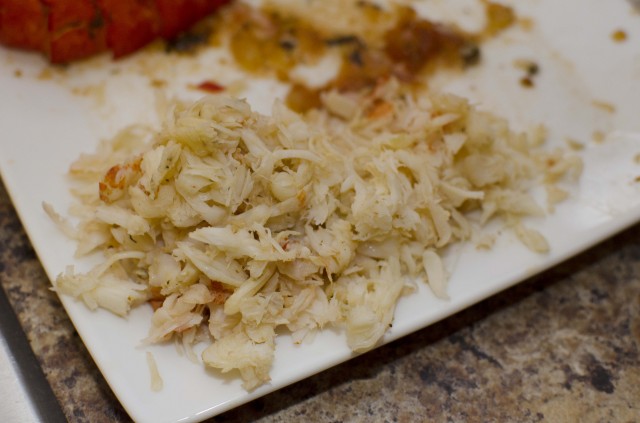 I shredded it by hand and made sure there weren’t any shell pieces. 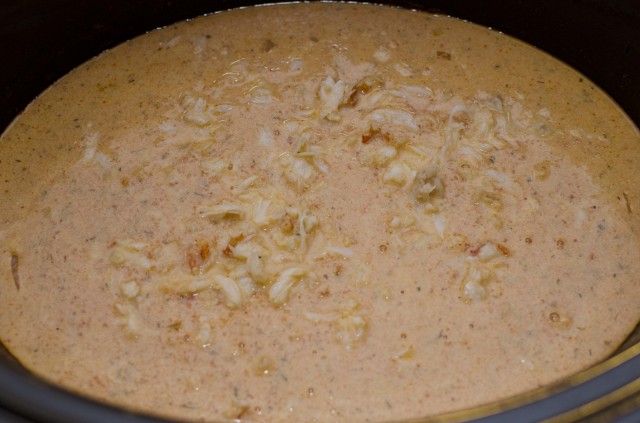 Add to the soup as well as a capful of white wine or cooking sherry if you want a little bit of extra flavor. 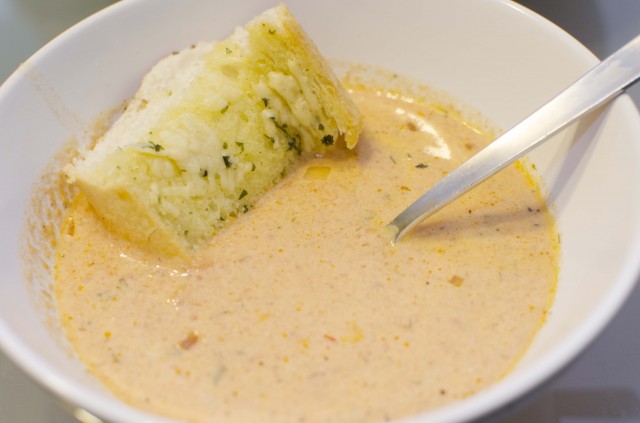 Here is a picture of the first attempt which was very yummy, but not as thick as I wanted. If you add the roux like stated above, it will be a much better consistency. We then topped each individual bowl off with a dash of cayenne pepper and shredded parmesan cheese. For the Keto version, see below.

With a sharp knife cut off the fan part of the very end of the lobsters and add those to the crock-pot.  I like to put them in their a fine mesh strainer or cheese cloth to prevent shell from getting into the soup. Stir, cover and cook on low for 6 hours or 3 hours on high.

Remove the lobster tail ends and discard. Using an immersion blender puree the soup mixture to your desired chunkiness. (I pureed the tomatoes before, so no need to do this portion.) Add your lobster tails to the soup, cover and cook 45 minutes on low or until the shells turn red and the lobster meat is cooked. Remove lobster tails from the soup and let cool slightly. While the lobster is cooling add the cream and stir. With a sharp knife cut each lobster tail in half long-ways and remove the lobster flesh from the shells. Discard shells and roughly chop or shred lobster meat and add back into the soup. Before serving, top each individual bowl with a dash of Cayenne pepper (Optional, the flavor in the soup is superb by itself,but if you like it to have a little kick then add the Cayenne) and freshly grated parmesan cheese. Serve and enjoy!

I put this recipe into myfitnesspal, and here is the breakdown of the ingredients and the health facts. 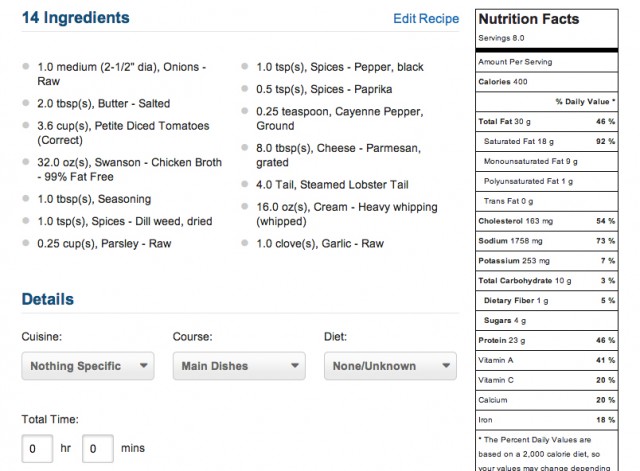 I have to double this recipe, and don’t really want to spend $60 on lobster tails…so my thought was to buy a 32 oz. bag of langostinos for $30. They are like mini bite-size lobster tails, minus the shells, and already cooked, like shrimp. Since I won’t have the lobster shells or uncooked seafood to flavor the broth, I was going to switch the chicken stock to seafood stock. Do you think this would work? Any opinions?

Carol,
I was able to find two lobster tails at Aldi for $9. However, if your prices aren’t similar in your area, that totally makes sens. I personally have never used langostinos,but they do sound like a lot less work if you don’t have to take the shells off yourself after. The only issue I can see is the soup might not be as flavorful since they are already cooked. I think you using the seafood stock is a great idea to bring back some of the flavor lost in not using raw in the beginning. I think it should work out really well. I hope it tastes wonderful.

This is actually my second time making this. It was delicious the first time around, but I have a bigger crowd this time. I was just at Aldi yesterday, and they didn’t have the lobster tails. I buy them whenever they do have them though. Can’t beat their price! I’ll let you know how it comes out this time. Thank you for your response and a great recipe.

Just to follow up, it worked out fine with the seafood stock and langostinos. It saved a lot of time in the preparation, too. I will be making this again and again. Everyone loved it. Thanks again for a great recipe.

Oh, I’m so glad. Thank you for the update, I will have to try your method next time I make it.