Our New phones & how we got them

Ok, so Grant and I have one main Luxury that we pay for. We don’t need iphones at all,but being really frugally with other areas of our lives, this is the one area we like to splurge a little bit. Also, we know that the second these phones become to expensive, we can cancel the data plan and start using regular phones again. Anyway, as some of you may have heard, the iphone 4 just came out. So, Grant and I sold our older iphones 3Gs phones, and Grant wanted to preorder both of our phones. Well, he was lucky enough to right when he woke up on the June 15th which was the first day to preorder he some how got his preorder in… then all of the servers crashed. So, it was looking like only Grant would get a phone on release day. He tried ALL DAY to put my preorder in, only to find out that they are only allowing one preorder per Apple account. If he had known that, it would have saved him some time. He then decided to order my phone through AT&T and have it delivered to our apartment.

As the days went by, Grant kept reading all of the latest news on what was going on with the iphones since this was vital information for him. He then told me that he was really sorry that he wasn’t able to get my order in with Apple, or sooner with AT&T because my phone might come as late as July 2nd or July 14th rather than June 24th. Well, As time went on, we realized that Apple didn’t put a hold on the shipped phones this year. This means that, once they made it into a town they were able to be delivered to their new owners with out being held. Last year, the phones could be housed in a warehouse across the street,but until the 24th you wouldn’t be able to get your hands on it. This year they didn’t care, so some people were receiving their new iphones on the 22nd which was two days early. Now Grant was annoyed because if he had known that, the would have ordered both of our phones to be delivered to our apartment because his preorder was only for one day at the Apple store. If he were not get into line to late, he could miss his phone and have to wait until at least July 14 which would be a huge bummer.

So as Grant would say, “Long story Long.” My Iphone came the day before preorder dates. It was delivered the 23rd. Also, we found out that if you leave a signed note the UPS person will take the note, and leaveÂ  your item even if you are not here. 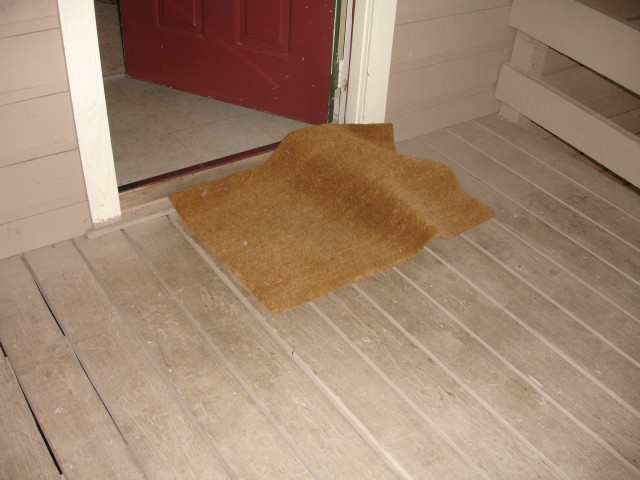 Here you can see our Awesome UPS person disguising my phone box under the mat. The box was very nondescript, so no one would have been able to tell where it was from and what was inside,but the extra precautions were very appreciated non the less. 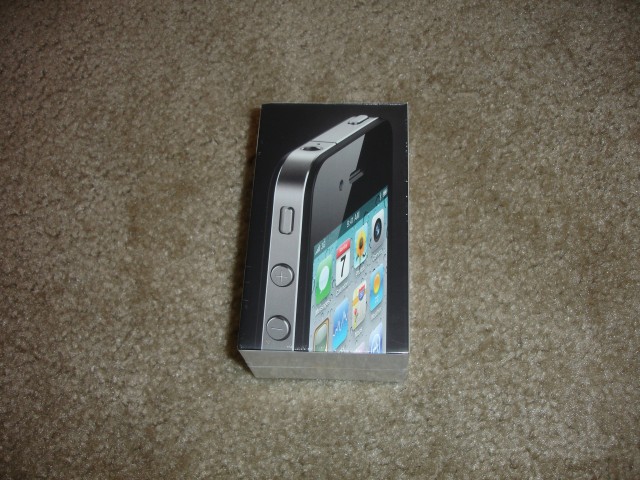 Here you can see the new box design. The old ones looked completely different. 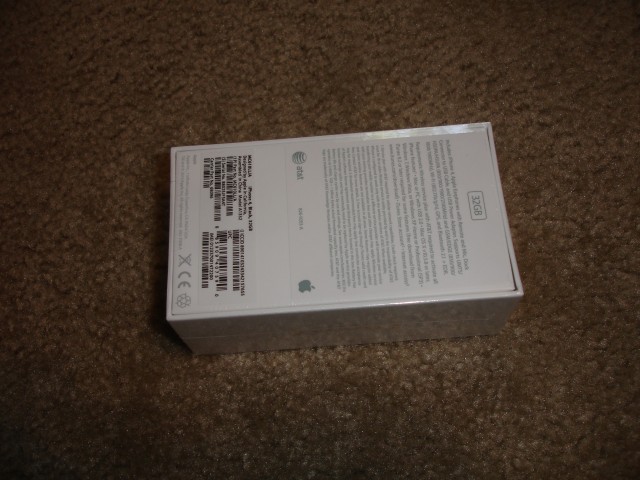 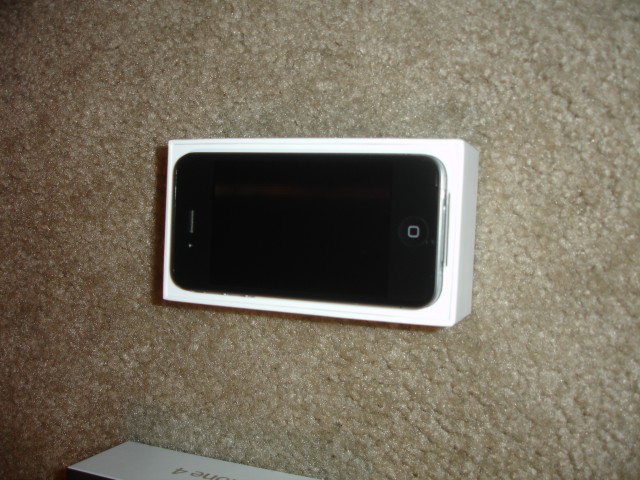 There are some more pictures of my phone. Grant then got up around 4:30 am to go stand in line while I already had my phone. He had a decent time in line, so I don’t think it was too bad, but if we had had both of ours delivered to our door it would have been nice. We have had fun finding out all the new features, and we even got the apple bumper cases as well. Pictures to come soon. Hope you are all well, and we have phones again WOOT!