This year for Christmas, Grant and I went to Ohio for Christmas. Our family does one year with my parents for Christmas and then next year with Grant’s. So, this year was time for the trek to Ohio; I am also glad we weren’t in Houston because I heard so many of the people were sick there anyway. 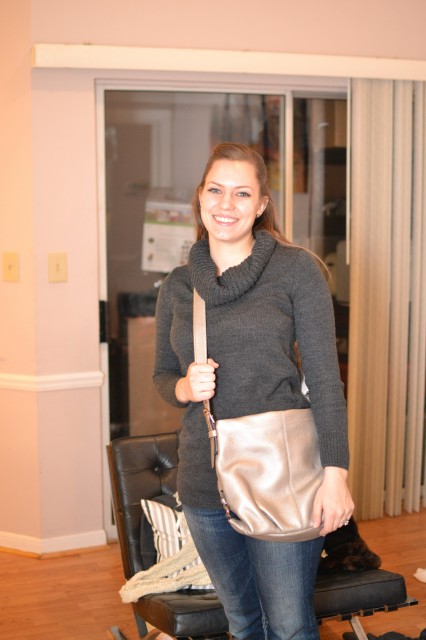 My Christmas gift that I picked from Grant was a new leather purse. HeÂ requestedÂ that I switch to a cross body purse because my back has been getting messed up by the shoulder strap purse I had been carrying. 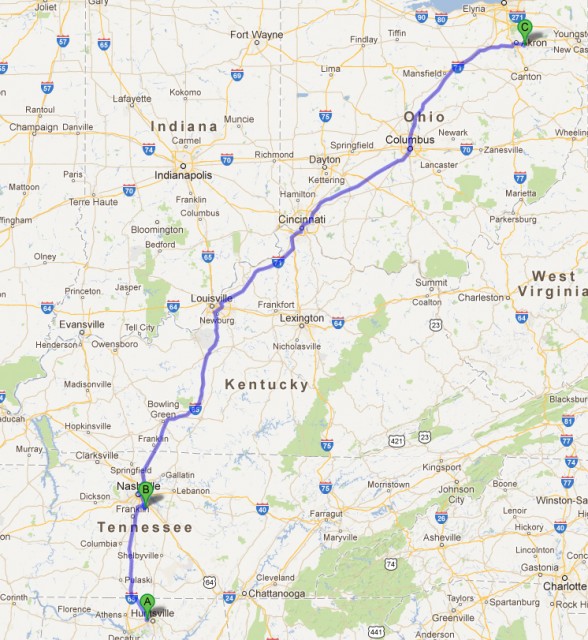 We drove to Nashville on Thursday the 20th and spent the night so that we could leave around 6am the next morning from Nashville and head up to the Akron Area. We then returned to Nashville on the 25th of December and continued on to Hunstville for the end of our trip. 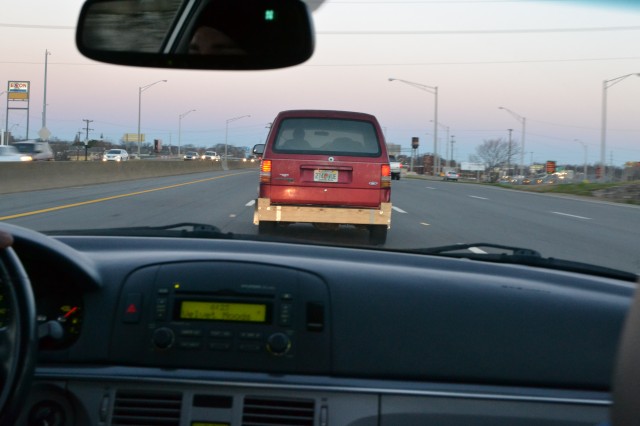 Some of the funny things that you see on road trips. 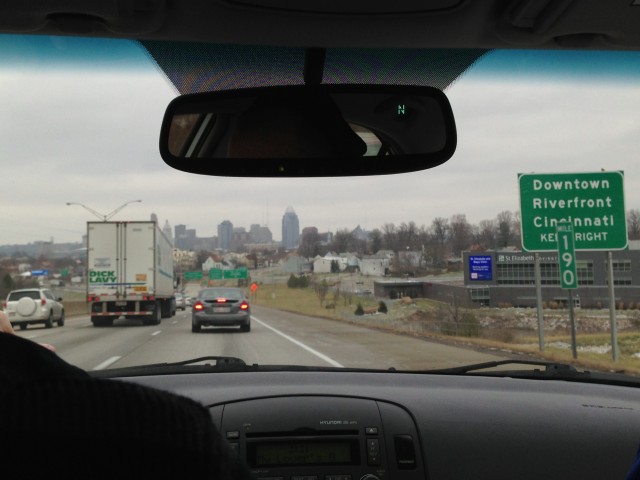 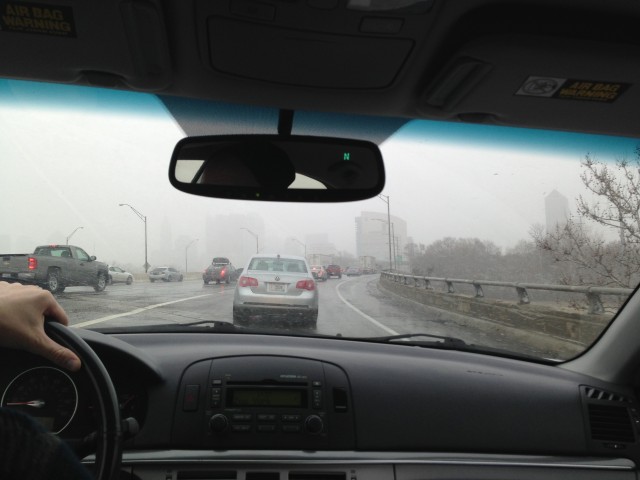 It started snowing as we were driving through Columbus. 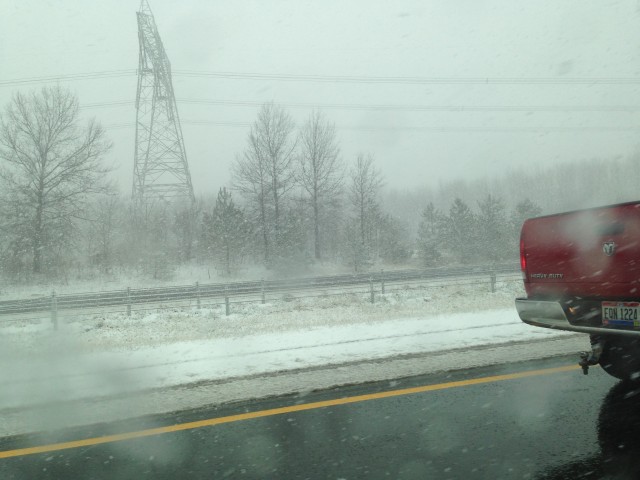 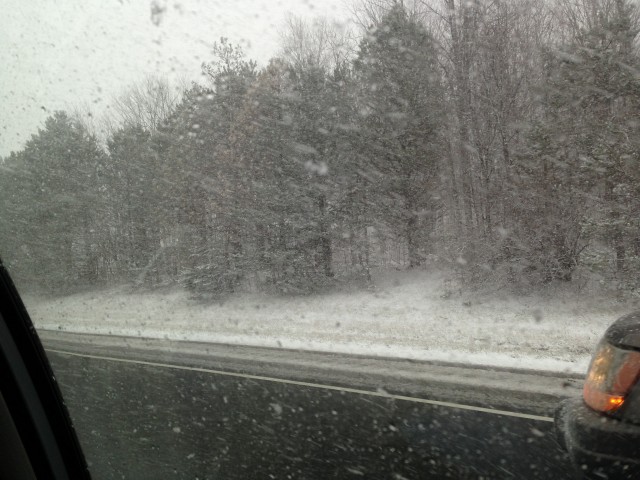 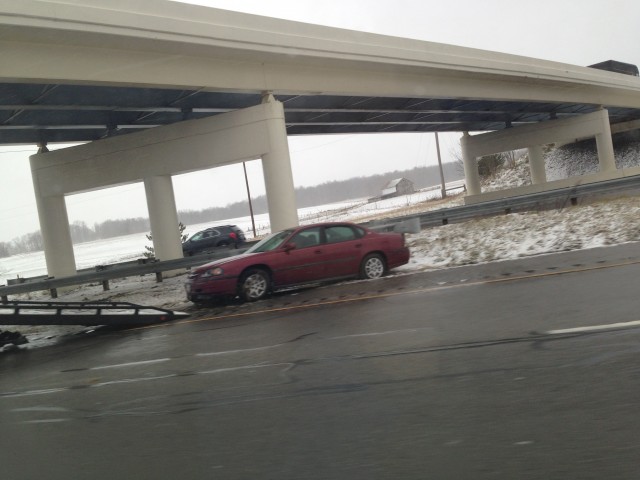 We saw multiple accidents and this was one of them. 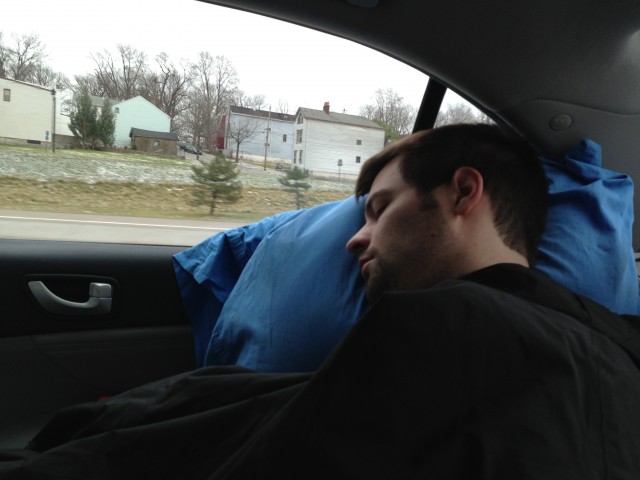 Grant and I didn’t have to drive, so we slept and read books which was nice.

Once we made it to Akron, Kira and Andrew dropped us off at a car rental place where we got a great deal on a rental so we didn’t have to worry about borrowing someone car all the time. We made it in around dinner time and headed straight to Gail’s to drop off our stuff and say Hello. Then we went toÂ Swensons.

This is a great drive in that has the best peanut butter milk shakes. 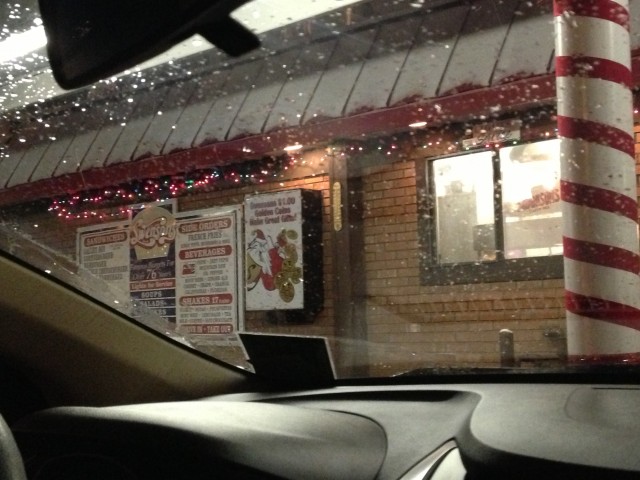 We brought Bryan and Amanda some food from there and got to hang out with them for a little bit.

Saturday, we spent the afternoon hanging out with Rob and his girlfriend Sarah.

The evening with Matt, Megan, and Maria which was soo awesome getting to see them as parents and FINALLY got to meet Maria.

Sunday, we went to Church with Gail at Church in the Falls which is the church Grant and I grew up attending. For lunch, we met Jessica Hakes at Panera and got to catch up a little bit.

Sunday evening we hung out with Gail, Bryan, andÂ AmandaÂ and got some great food at Red Lobsters.

Monday we spent the whole time with Gail and around the afternoon, everyone came to her house since she was hosting this year. 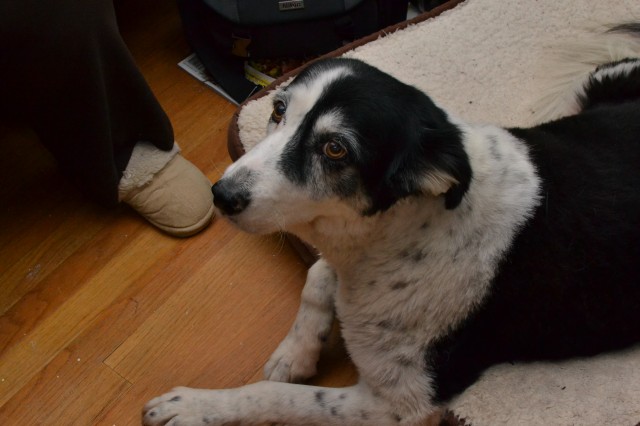 Megan, is Gail’s dog who is such a good dog. 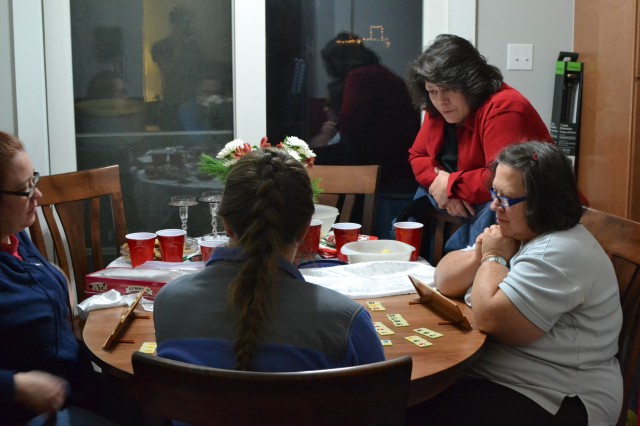 After dinner, we all played games. 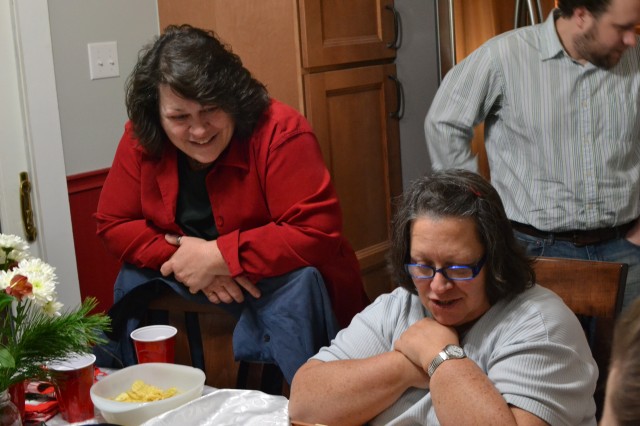 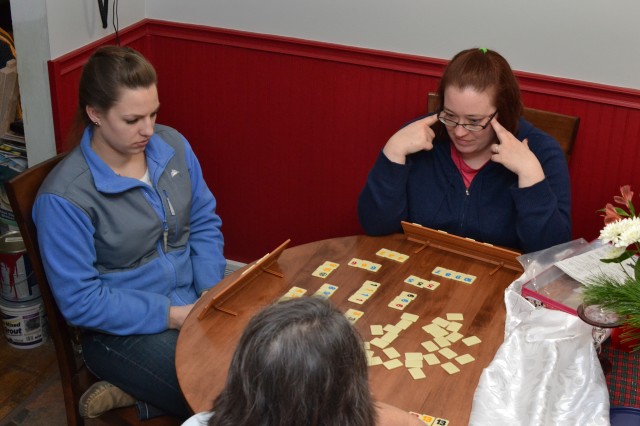 I think everyone won once. 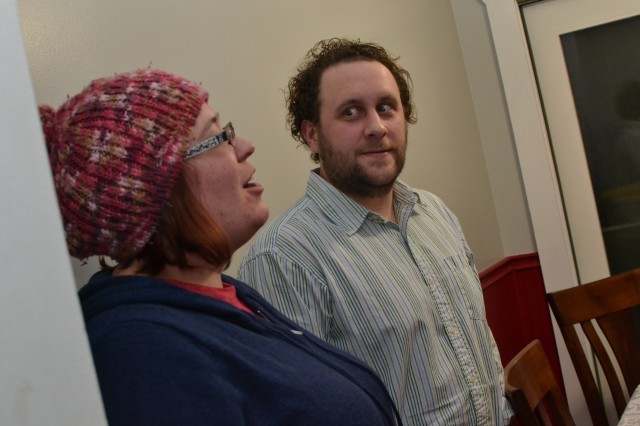 Bryan is really hilarious, and I think he was trying to act like something Amanda was saying was crazy… who knows. 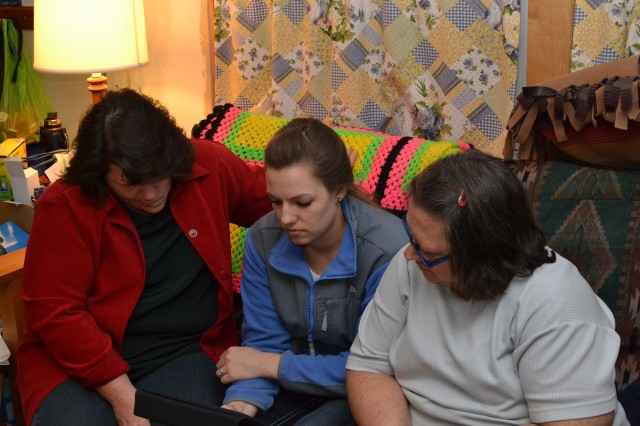 I think we were watching a video on youtube or something. 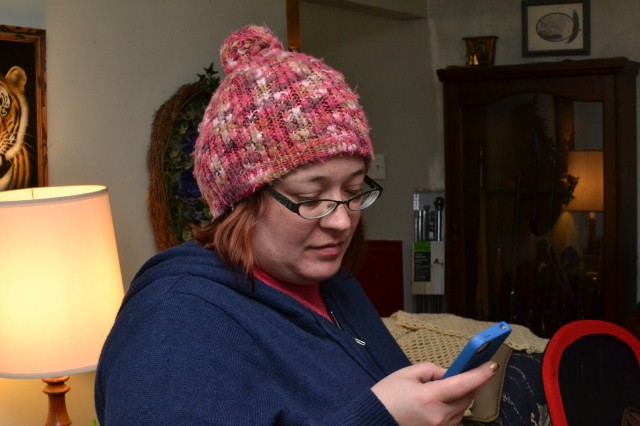 Amanda was showing us a few funny apps. 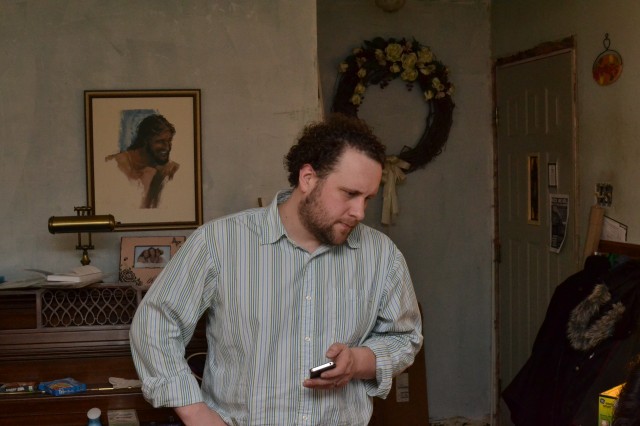 Â This picture made us all laugh because Bryan looked like he was copying the pose of Jesus behind him in the painting.

By the way, Grant asked for a Withings Wifi scale as his Christmas gift from Gail and I. I couldn’t get a picture of him with it though.

We had a bunch of fun in Ohio, and it was fun having snow just during the visit. We got home on Tuesday the 25th and Grant had to work the next day, and I starting on Thursday. I am so glad we went on this trip,but I honestly hope we can be done with traveling for a while. We moved and have had pretty big trips each month so since so Grant and I are hoping for a relaxed next couple of months.