We did a before and after post right after we moved into our Condo that we are renting,but for some reason we never showed off our storage room or what Sarah called our Garage. It was a balcony that has been inclosed,but not heated or cooled so it is always 10 degrees hotter or colder than our condo. It isn’t too extreme to be bad for the things we are storing in there, and it is a wonderful area to have to store all of our random things. We have a lot of empty bins, my sewing stuff, camping things, bikes, etc.

Right after we moved it we had it nice and organized with a shelf we bought from home depot, but it soon got horrible again! 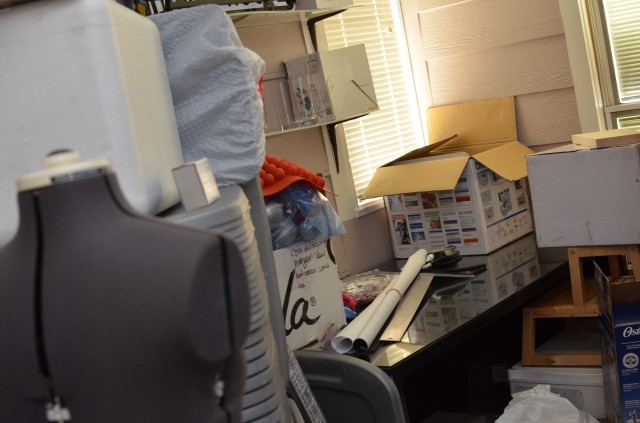 Here you can see where I was keeping all of my sewing stuff. 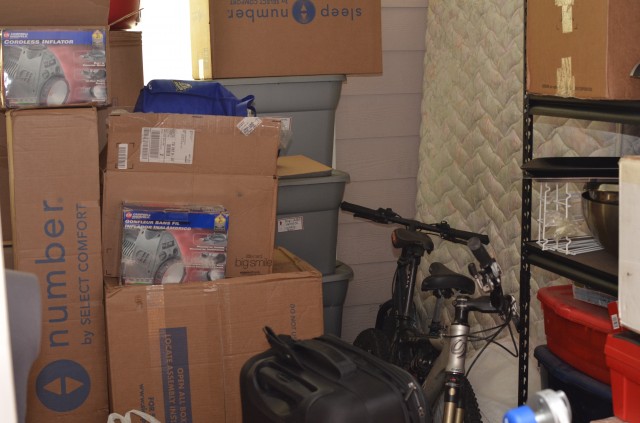 I won a giveaway and got a queen sized i10 sleep number mattress, but it is still in its 6 huge boxes that take up most of the space. 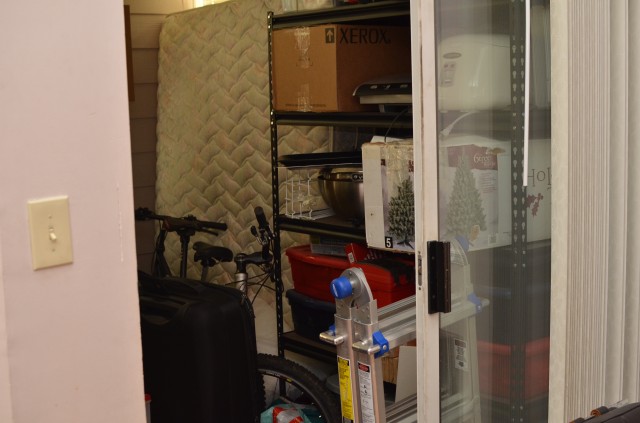 Our guest matress against the wall, and the first shelf that we had bought with giveaway home depot gift cards. 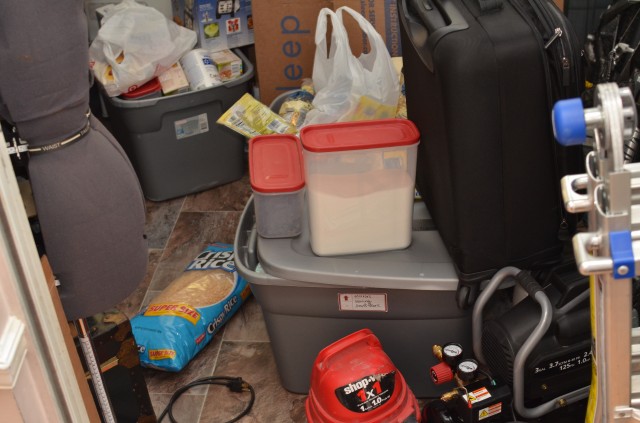 Extra food that isn’t Keto but won’t go bad anytime soon so we are storing it among other things. 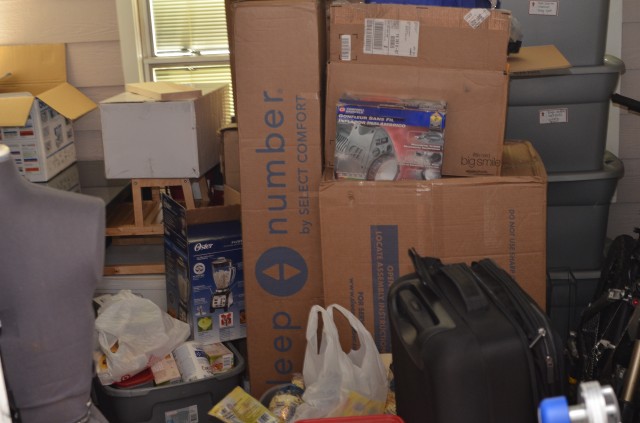 Just a bunch of unorganized stuff. 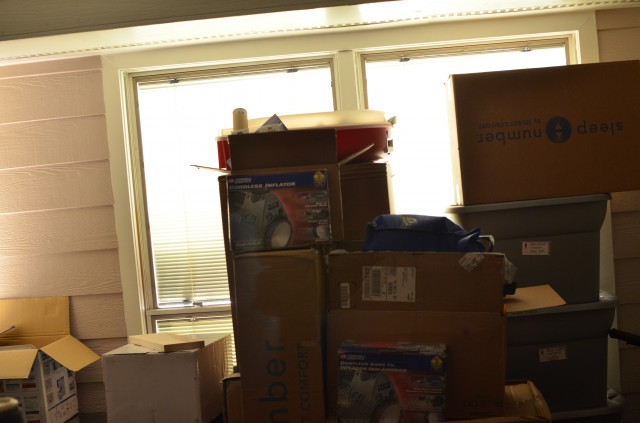 So, we both had, had enough, and I had just won another home depot gift card so we decided to get another shelf like the one we already have. 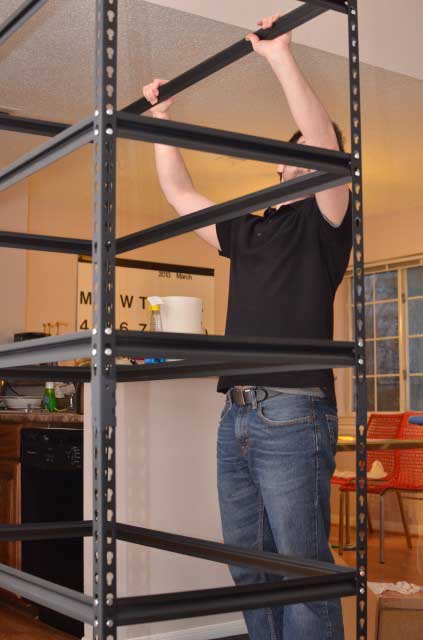 Grant was kind enough to put it together while I worked on my baby shower gift for my new niece. 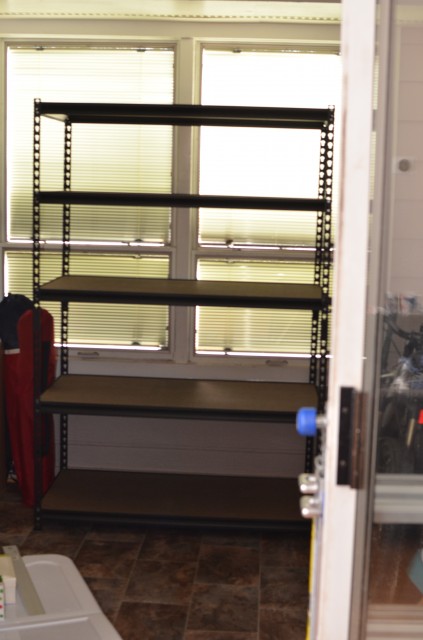 Once most things were cleared out, Grant put the shelf in the room. 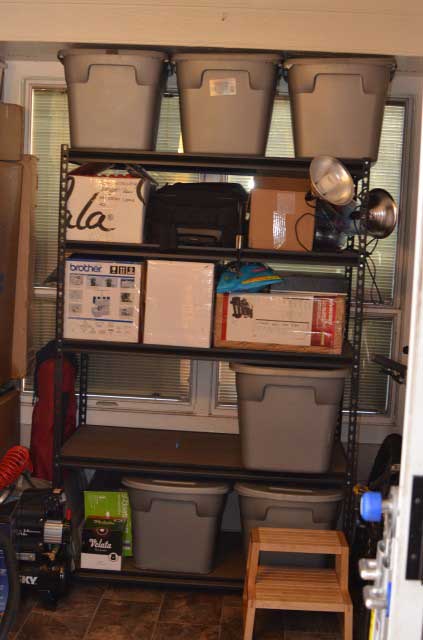 I then reorganized all of the things that were in the middle and put them into the shelf. 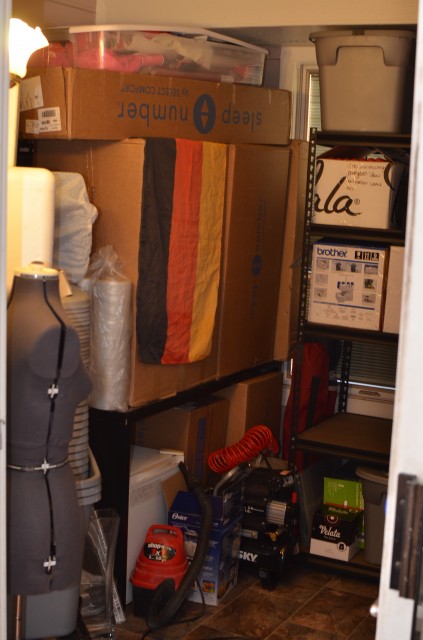 The sleep number boxes were put on the side there since we won’t be needing to get to them anytime soon. We were going to try and sell the mattress since it is brand new and unopened, but since we didn’t get any good offers on craigslist, we will just keep it for a guest bedroom whenever we have one which will be nice.   This is what we worked on this last weekend, did you do anything fun?

Hey girl! You won a giveaway over at my blog but cant find your email address. Can you email me at lindslee00@gmail.com? THANKS 🙂