Huntsville is one of the few Southern States that has a City Hockey Team as well as a College Hockey Team. We were invited by a couple in our Church to attend a College Hockey Game with them. They had seats right against the “glass” which was very awesome and exciting. We only took pictures with our phones,but here they are. 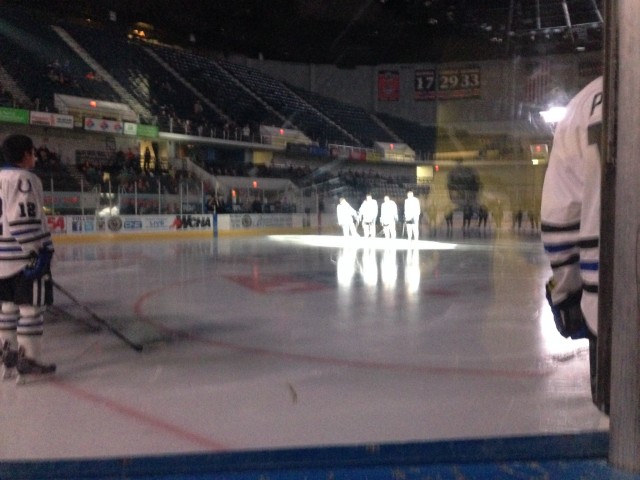 The UAH team being introduced. 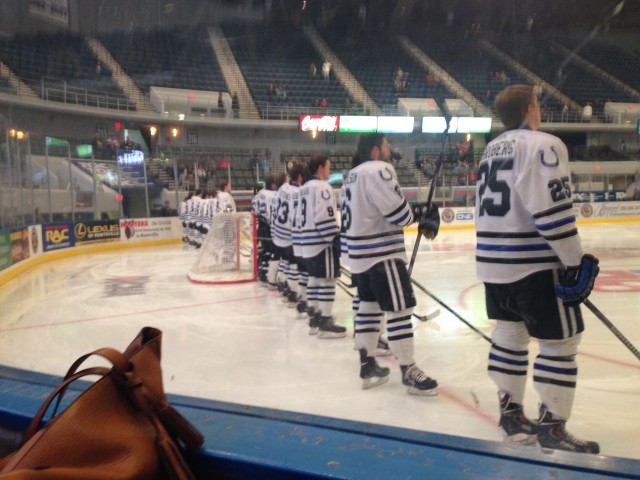 UAH while the Minnesota team was being introduced. 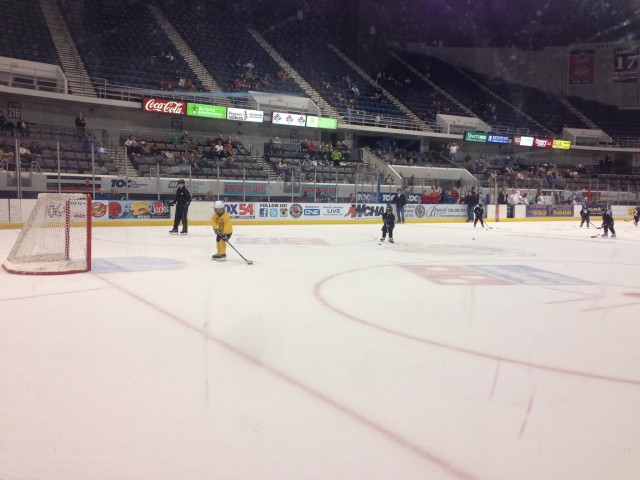 Â Our Half time Entertainment.

Here you can see the little hockey players practicing during half time.

One of the better videos of them playing since the photos were on the blurry side.

You can see how close we were.

This was my first hockey game, unless you count the mighty ducks movie, and so it was fun having Grant explain the rules to me. 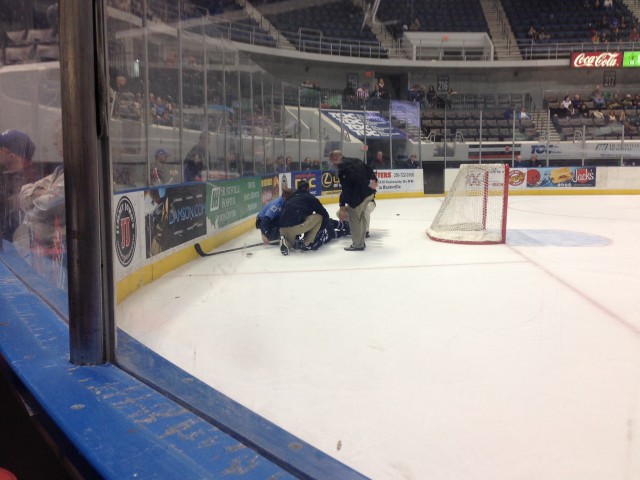 This was a college game, so fighting isn’t allowed, but here is one of the Minnesota players knocked out cold who was eventually taken off the ice.

We felt bad for the UAH team, they ended up losing,but had a LOT of bad calls by the refs where almost half the game had only 3 vs. 5 players on the ice. Also, Minnesota’s team was one of the better teams Â in their league to play so they did pretty well even if they didn’t win.

Â After the game we walked across the road from the convention center to a park where companies were decorating and sponsoring Christmas trees. They were a lot of fun to look at, we also fed the ducks and coy fish, watched people “ice skate” on the outdoor rink, and saw more of downtown Huntsville. It was a lot of fun even though it was cold outside. We might consider going to another hockey game in the future, but I think Grant wants to see the Huntsville team since there is more “fighting” in the games. So we will see. 🙂

How to Insulate your Windows in an inefficient Rental