A few weekends ago, we were invited to go to Nashville to see Kira and Andrew and also be able to see Simon and Sarah since they would be in town. We all had different plans of things we needed to do, but they all ended up falling through except my hair appointment. 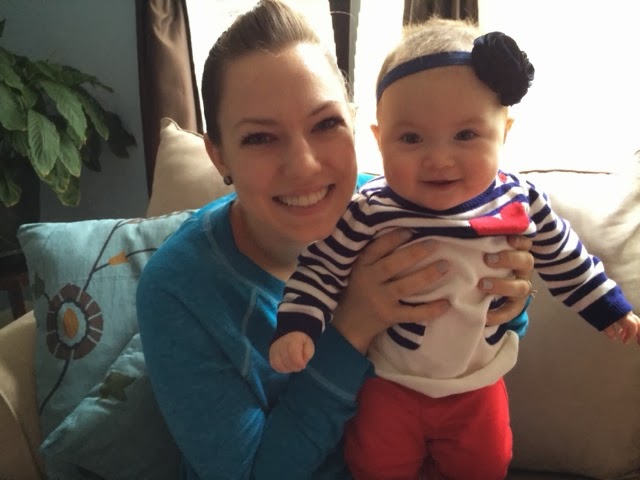 The last time I saw Alana, she looked like this, and wasn’t sitting up on her own, and two months later so much has changed. I think we all decided two months is too long of a stretch! 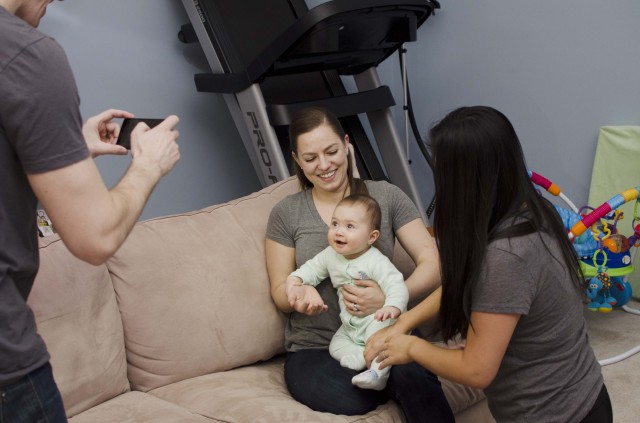 Here is Alana now! Grant and I arrived on Friday around 5pm, and then Andrew and Grant had their traditional Pepperoni and Mushroom Pizza from E Milano’s Pizza. This is a family owned pizza place close to where they live that is really good. Kira and I normally branch out with Asian food or some other kind. The guys talked computers, new games that were out, skimmed through movies that we never actually watched, and chilled. Kira and I chatted, she cooked and cleaned while I did my nails.

Simon and Sarah arrived late Friday evening after the rest of us were in bed. So we got to see them the most on Saturday. 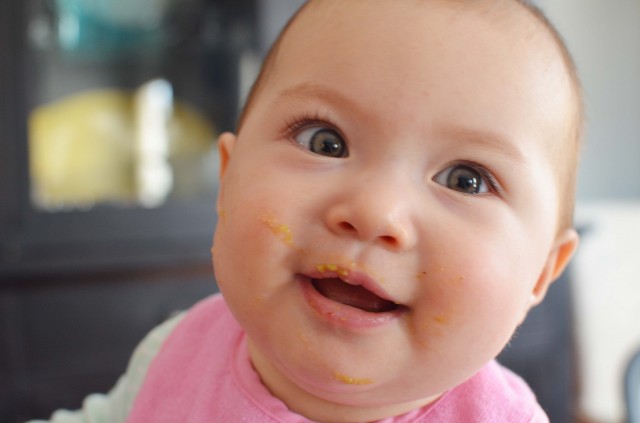 Alana is eating solids now, so Grant was all up in her business during her breakfast. 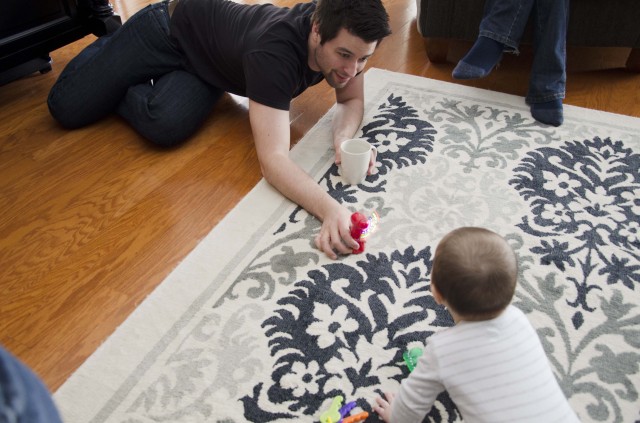 She is getting really really close to crawling, so Grant was trying to bribe her with her awesome led fan (not his coffee) to crawl. 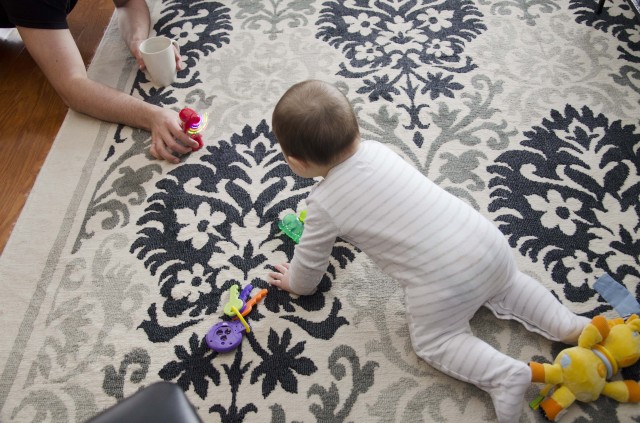 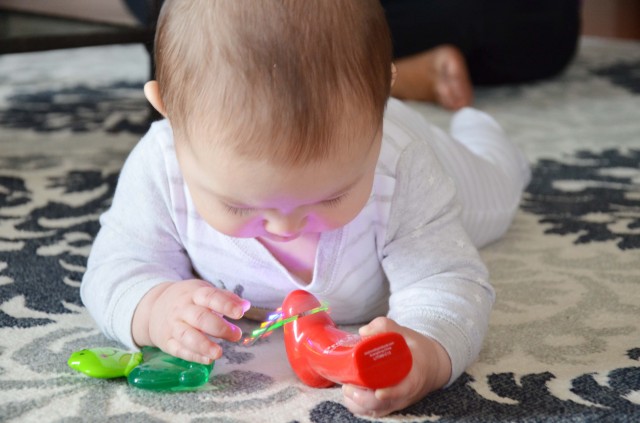 Alana has great motor skills; she uses the tip of her finger to lightly stop the plastic blades. 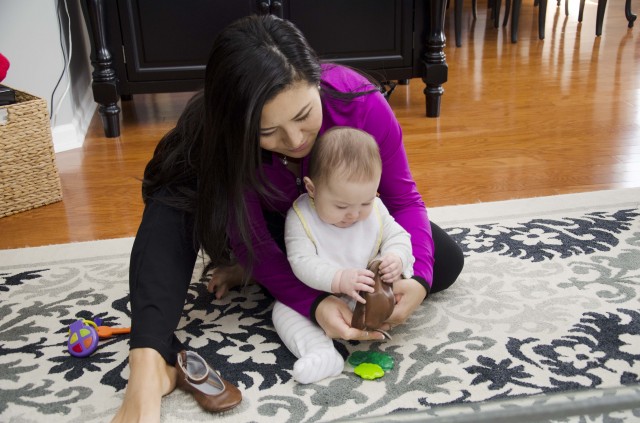 I made some leather shoes for Alana, and here you can see her trying to pull them off and eat them. 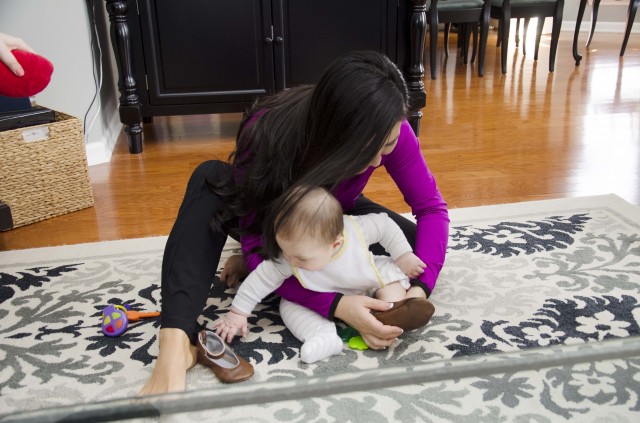 I made them big because I wanted to make sure she would fit into them, but I will post more on this later. 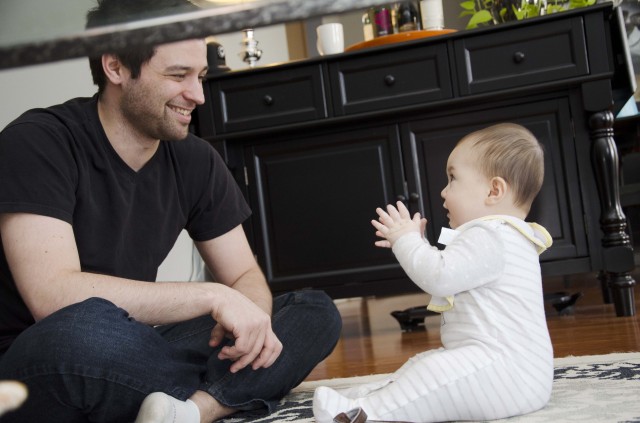 Alana loved all of the attention she was getting. Simon, Sarah, Grant, Kira, Andrew, and I were all watching her. 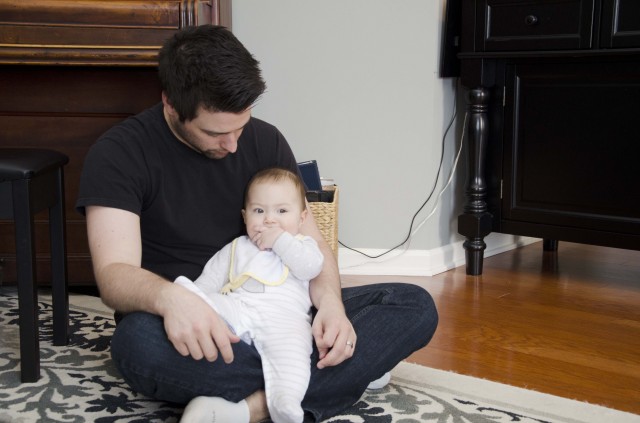 She is a LEET chiller thanks to Andrew’s daily training and conditioning. She is also teething. 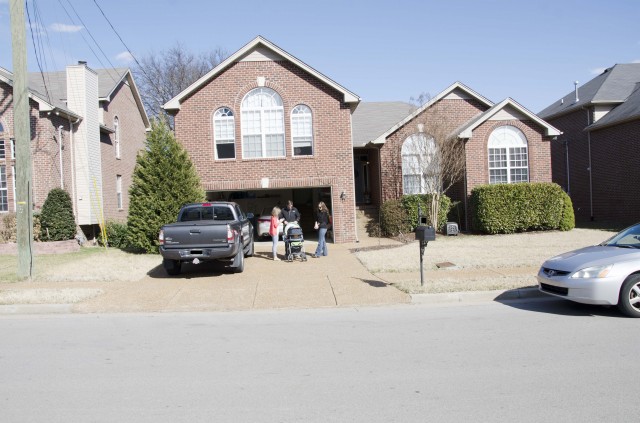 We decided to go on a walk to a frozen yogurt place which was so much fun. 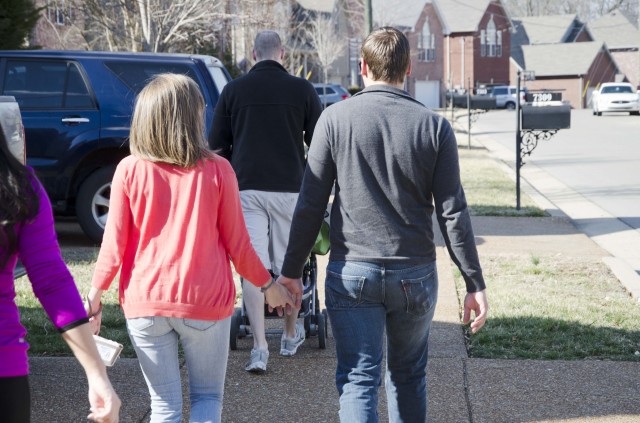 It was so pretty outside, and their neighborhood has sidewalks the whole way which is super nice. 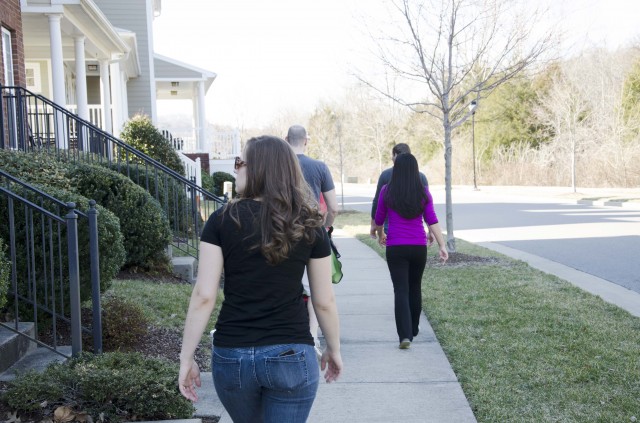 Here is my hair cut, I got around 5-6″ cut off, and the lady wanted to curl my hair so I was all about that. 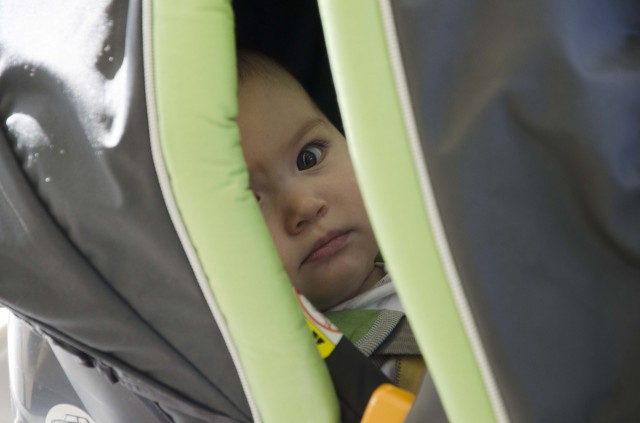 Alana eyeballing out frozen yogurt while we all thought she was still sleeping. 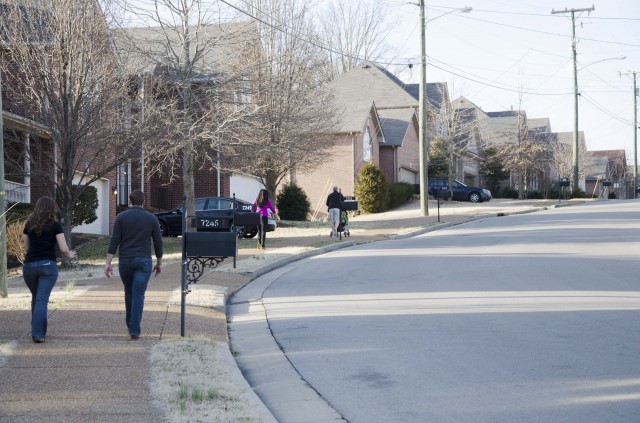 On the walk home, it is really steep, and I guess Kira and Andrew don’t like that portion as much. So Kira did her most Asian like fast walk, while Andrew literally ran Alana and the stroller up. The rest of us just took our time.

That night we all played a new game, stayed up way too late, and we all ate way too much junk food like oreos, wheat thins, cheeze its, and chips. But of course we had a blast. The next morning everyone else went to Church while Grant and I headed back to Huntsville. I was helping to host a baby shower right after church so we had to book it home so I could get ready and then go to that. We did take a group photo,but I don’t have a copy of it, so you will have to look at the other blogs for it. I think Kira, Andrew, Simon, and Sarah got to spend some more time together on Sunday before they had to head out of town.