This year for Halloween, we decided to keep things a little bit more low key. We decided to buy Reese’s costume as well as not have Grant or I dress up since we figured having a newborn was a good enough excuse. Our church has Trunk or Treat, but we ended up skipping because it started past Reese’s bedtime,but we are hoping next year we can make it. Reese’s school had a Halloween program and trick or treating in the school as well so Sebastian and I joined the fun.

Here is a small part of Reese’s School Halloween program. She is in the middle on the floor playing with her shoe. 🙂 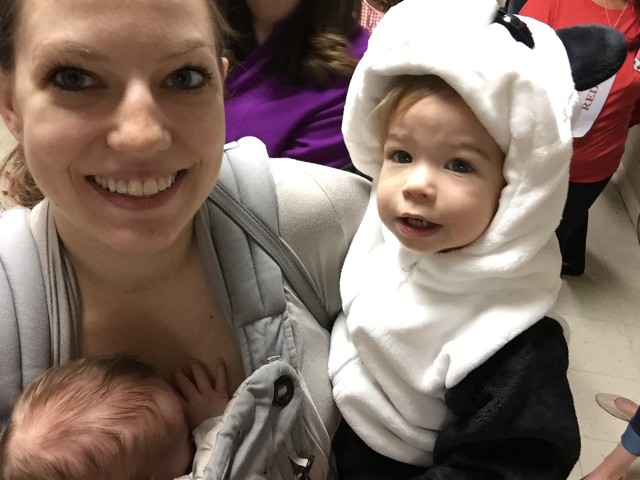 Reese had just finished her program, and we were in line to start trick or treating. 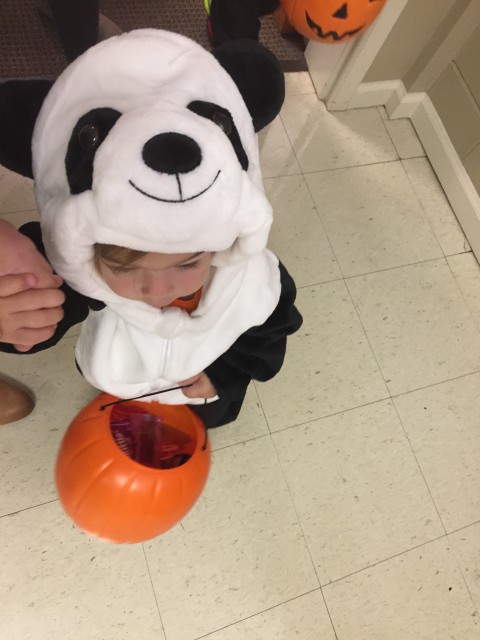 Trying to figure this out, she kept trying to hand her candy back. 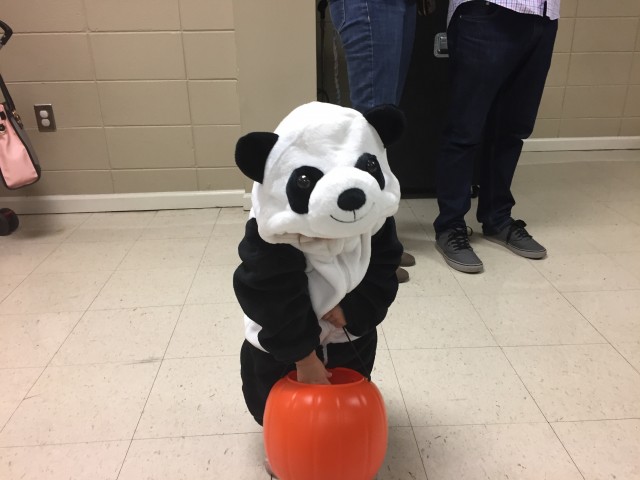 Our little Panda, we got her Costume HERE. 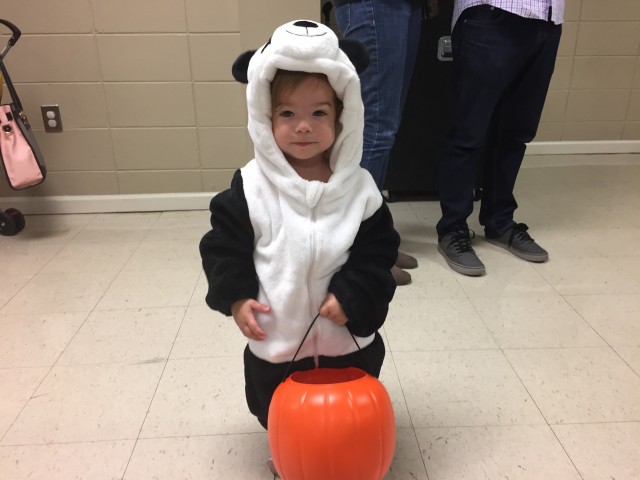 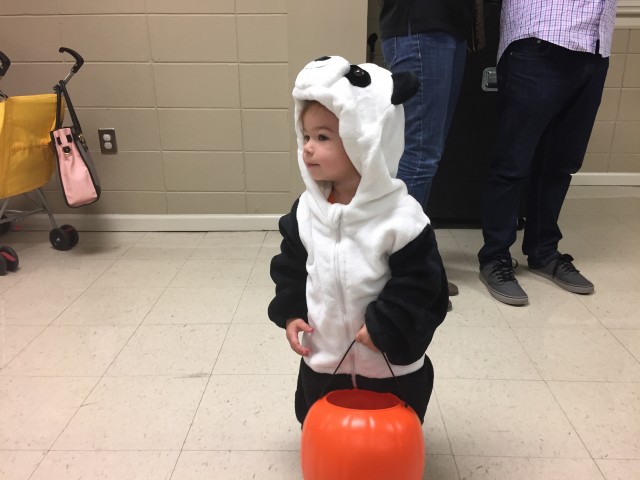 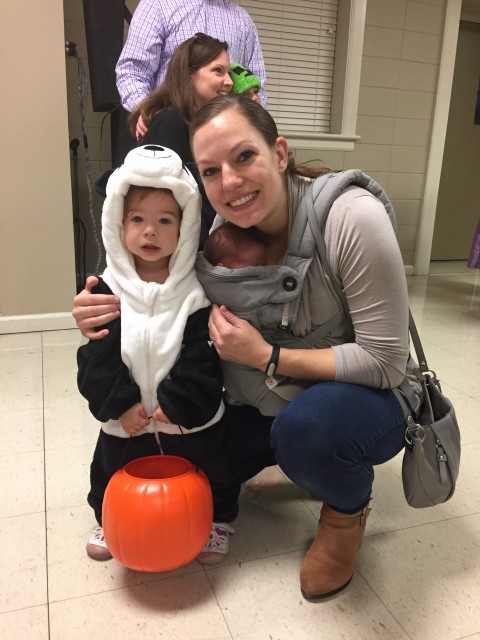 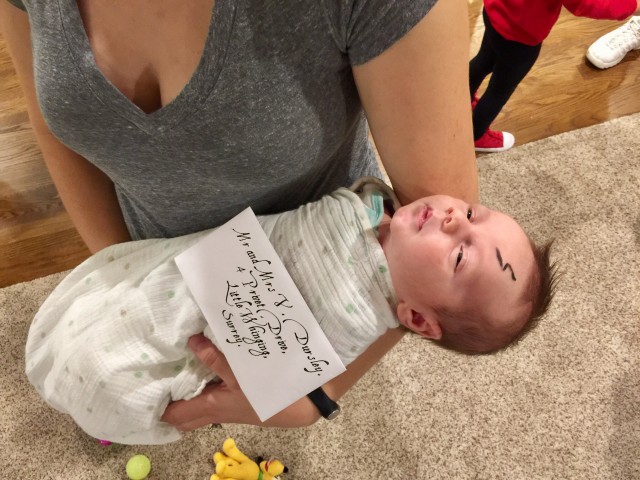 I wanted a simple Halloween costume for Sebastian,but true infant costumes are expensive, and hard to size. So, he was the boy who lived. Harry Potter when he was a baby, pulled from the wreckage of his house and placed on his Aunt and Uncle’s doorstep with a letter from Dumbeldore explaining it all.

Later on Monday, we went to our friends David and Allison’s house to go trick or treating just like we did last year. Our neighborhood has barely any kids, so we brought candy to hand out, and went trick or treating. Reese loved it. She walked the whole way, and had fun keeping up with the big kids. Up until we were back in the house, she had no clue the candy was edible or candy. Then she saw the big kids eating them, got some skittles, and was in LOVE. 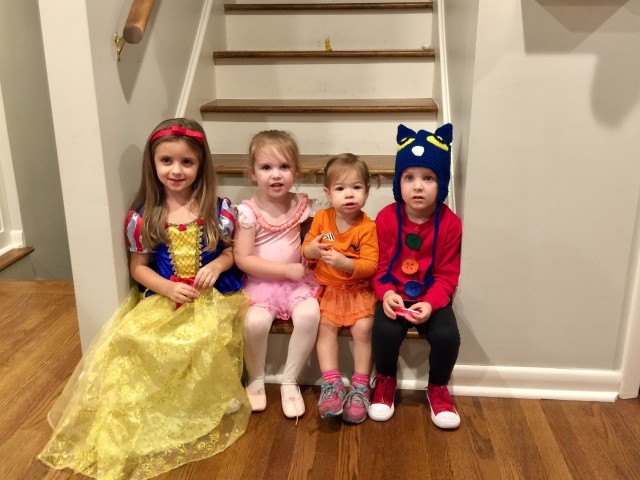 Reese was a Panda bear,but due to the HOT weather of 83, we had to take her costume off so she could cool down. Here is a group shot with some of the kids that were in our group. 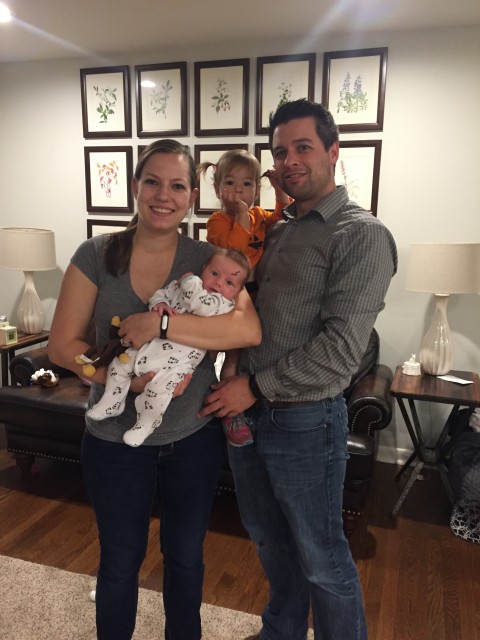 We had a great time, and it was so fun seeing Reese have such a blast. I can’t wait until next year where we can do a whole family costume again. I just have to come up with a good idea and start early.