Â This year we were very excited for Thanksgiving to come. Gail, Grant’s mom, was coming into town to spend Thanksgiving with us. This was my first time hosting, and I can’t lie and say I wasn’t nervose about all that it could entail. When you marry into a family there are always core differences, but differences aren’t always a bad thing! It is so much fun so always learn about how Grant grew up and what the similar and what was different. 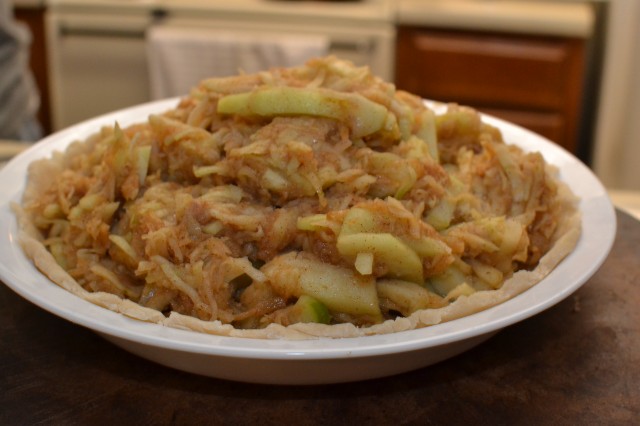 Â  As I posted before, I made pies in a jar for some of my family for Christmas. I only needed to make two tiny apply pies, and so I had a bunch of seasoned and ready apple pie filling. On a whim, I threw it in a tupperware and into the freezer. The day before Thanksgiving, I took it out and plopped it into a pie crust I had made. It turned out wonderful, and I made this one an apple crumb pie. Grant seems to like the apple ones better that way. 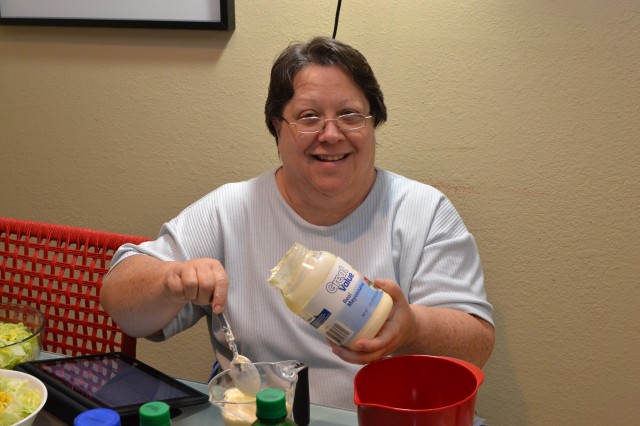 Â  We made a variety of meals wanting to show Gail all of the new recipes we had found. Here you can see her helping make the honey mustard dressing for the salad. 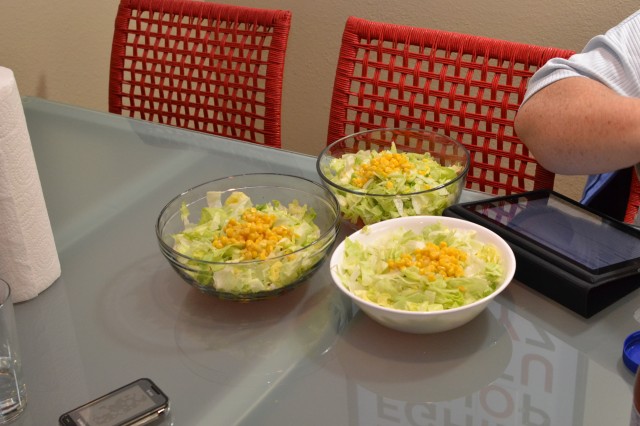 Â Â Not the finished Salad, but if you want the recipe for the delicious honey mustard salad I had it posted there. 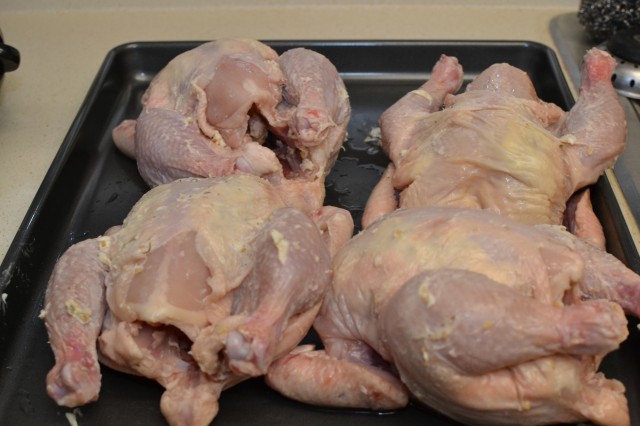 Â One of the cool traditions that Grant grew up with were to have Cornish Hens rather than one large turkey. I was totally excited about htisÂ becauseÂ turkey is good, but chicken can be even better. They came in packs of two so we baked all four of them at once. We put them into oven bags and they turned out great. 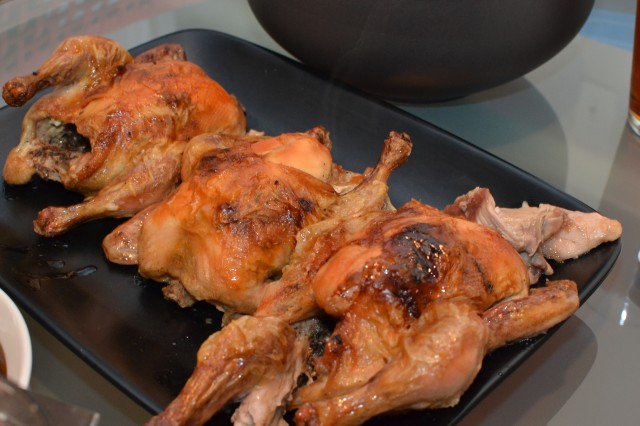 Since I have never made these before, I was happy that Gail was there to help me season them. I also used the fourth chicken for a later dish and it was amazing! They were so moist, I told Grant I want to do this every year! 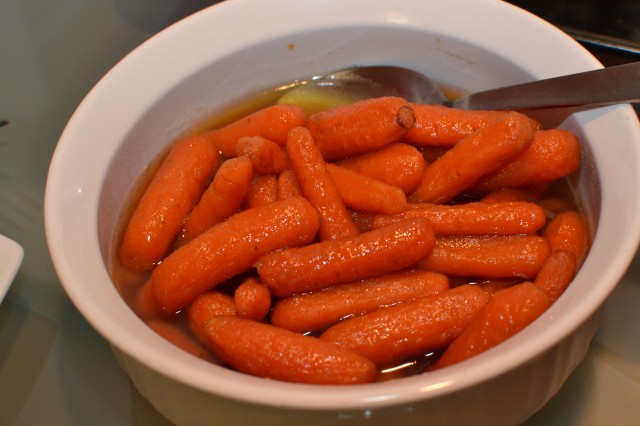 Â  Gail also made candied carrots; I have never had these either but they were amazing! 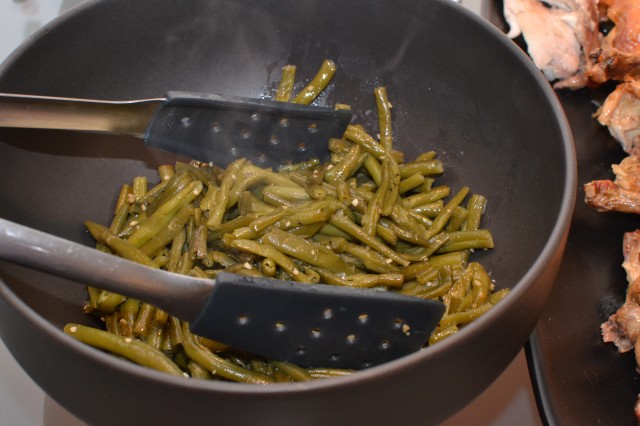 I made green beans and mashed potatoes. 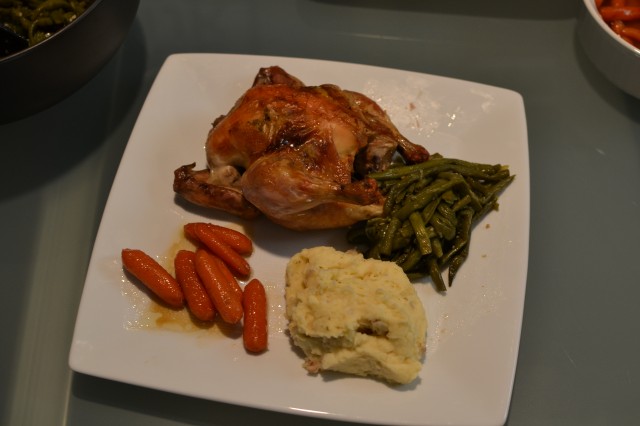 Honestly, this was one of the best Thanksgivings I have had. Everything was soo delicious and low key. 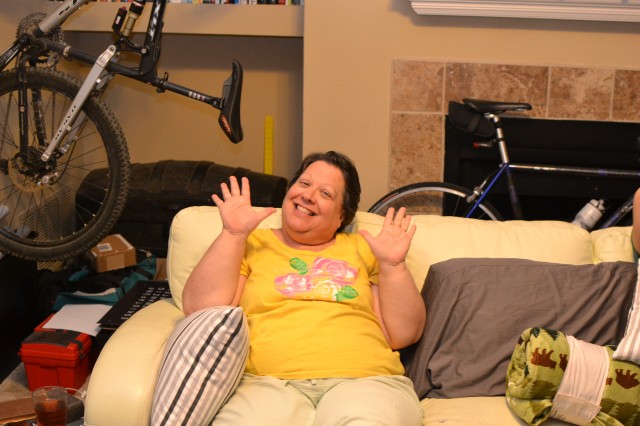 Â  Â During the break, we watched a lot of movies, talked, took personality tests, and just had a great time. It was so cool to hear about Grant as he was growing up. He would never tell me half of these stories if he even remembered them. 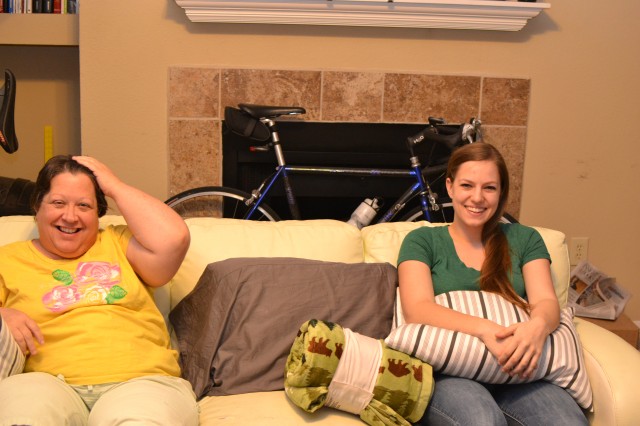 Â Â
Â He we are about to watch a movie; we were so sad when Gail had to leave, but that is how it goes. Thanks Gail for your visit, and we are praying for your speedy recovery from your knee replacement surgery!
Â Â