Well it has been a while since we have posted, but everything has been so busy for us. As Grant so eloquently said, it snowed here. 🙂 We have had a much colder winter than last year which we have definitely noticed on our crazy high heating bills,but that is life, and I am just happy we have a place to live out of the elements. On January 24th, was my birthday, and I got more birthday wishes and gifts that I never expected, and it made me feel truly special and loved.

We went out for dinner on my Birthday at Connors Steak and Seafood here in Huntsville. Other than their Huntsville location, they also have one in Fort Meyers, FL and Knoxville, TN. This place is pricey, but boy was it delicious!!! I got their soup instead of a salad, and their lobster, crab bisque was amazing! I keep craving it, and I got their Blue Cheese Filet which was honestly one of the best steaks I have ever eaten. I also got to try a cocktail there,but I honestly can’t remember what it was called, but it was super sweet with lots of fresh fruit purees. I can’t wait until I have an excuse to eat there again.

The first weekend in February, I was in Houston with my family helping them with their Bathroom remodels. They will be redoing all of their bathrooms in different phases. So, my mom and I did a bunch of planning, looking at pictures, picking out finishes, and I did a lot of CAD. It has been a while since I have done drafting so it was fun to get back into it. I think their bathrooms will look phenomenal, and their contractor is great and especially nice to work with. 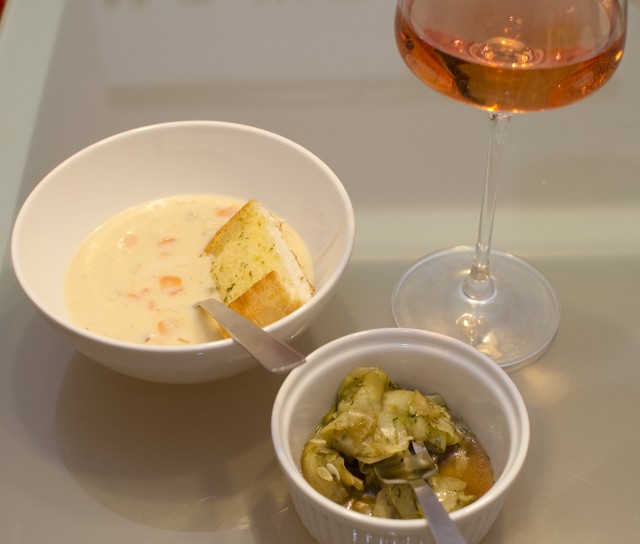 On Valentines Weekend, Grant’s cousin and his wife had their baby shower in Raleigh, NC which I was really bummed I couldn’t attend, but prices were crazy high for tickets. Grant and I don’t really celebrate valentines day, we aren’t against it. We prefer to randomly give gifts, notes, candy(treats), and other things through out the year. We feel it is less forced and for us, done more from the heart. I am not saying that if you celebrate valentines day it isn’t from the heart, we just aren’t huge on it. Â So, on valentines day, I tried to recreate that crab and lobster bisque since I still kept craving it. I found a recipe online with good reviews, and it was good but not exactly what I was looking for. I will make another attempt soon, and once I get it right I will share the recipe here. I also brought dinner to a couple from our church who just had their daughter; no one else signed up for that day, I’m assuming because they had plans, so all in all a great valentines day. I hope you had a great one too.

Grant’s contract is coming to a close, and we aren’t sure how that will all turn out in a few months on whether he will need to look for a new job or get to stay with his current company. There have been a lot of layoffs so far, so we will just see. During the last two weeks in February, Grant had to work late shift (1pm-9pm) so that he didn’t have to wait on other to use the test equipment. He is trading off with others on his team on working that schedule, but boy are we glad that is over with until he has to do it again. I know it isn’t that terrible hour wise,but it was super weird to remember that our schedules were different, but again we are just so glad that we both have work right now. 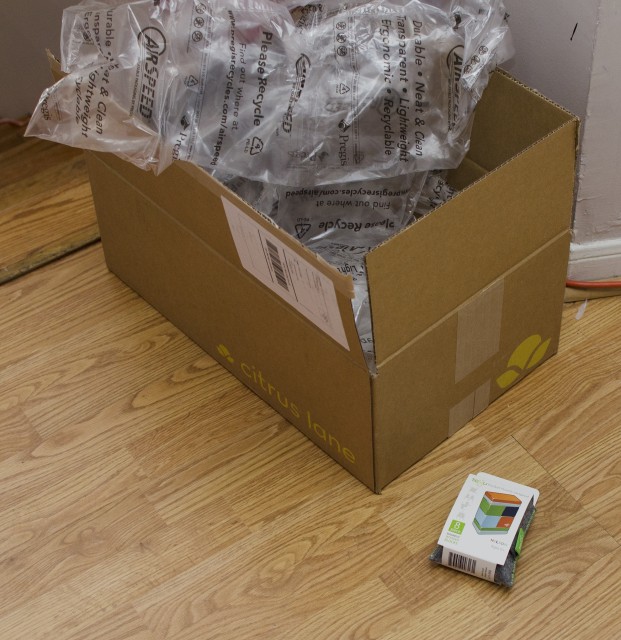 Shipping boxes sometimes amaze me… that huge box was sent to us to ship that TINY toy. 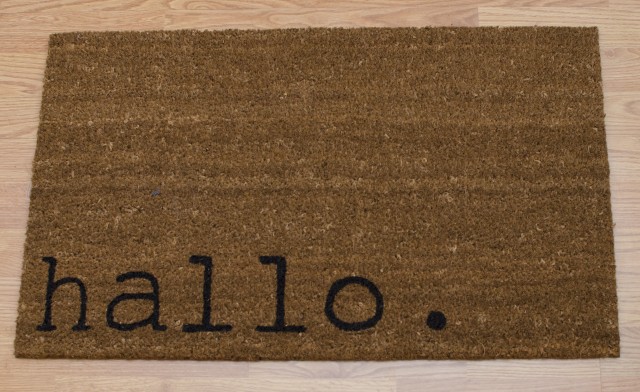 I won a giveaway last June, and it finally arrived. A custom doormat, I can’t use it here because our front door pools water, and it would get moldy,but if we ever get a house I am very excited to use this. 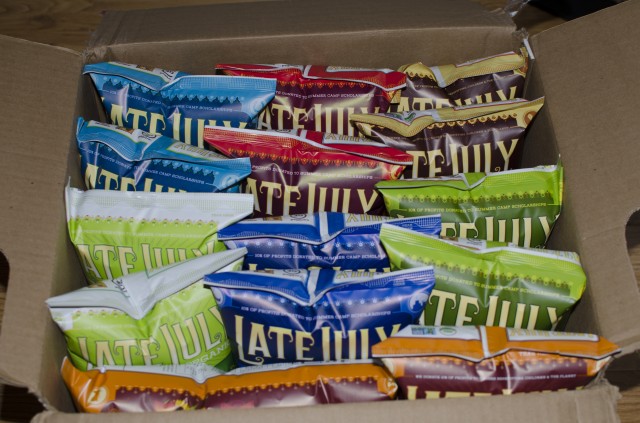 I won a ton of chips and some free greek yogurt in another giveaway, but I ended up having to hide the chips since Grant didn’t want to keep eating them. We normally don’t buy snack food so it was weird having it in the house.
I have a lot more posts coming up so stay tuned.
birthdayconnorsdoormatlobster crab bisquesteak
0 comment
0
FacebookTwitterPinterestEmail