Sebastian’s One Month Update – The stats for these posts are taken on the day Sebastian turned 1 month old, but all of the information and content is everything up until the point he turns 1 month old. (10/01/16-11/01/16) 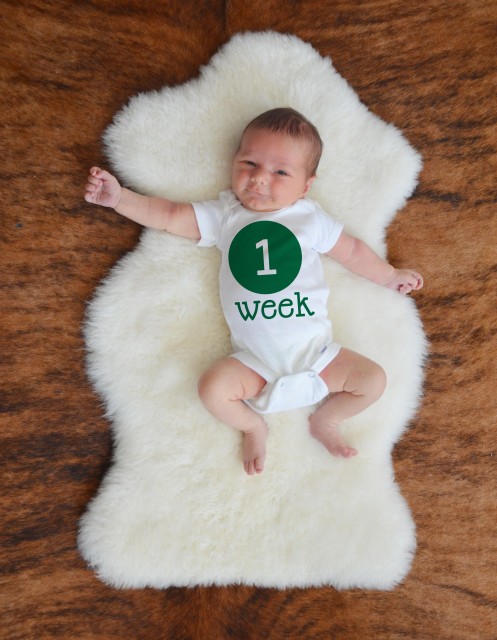 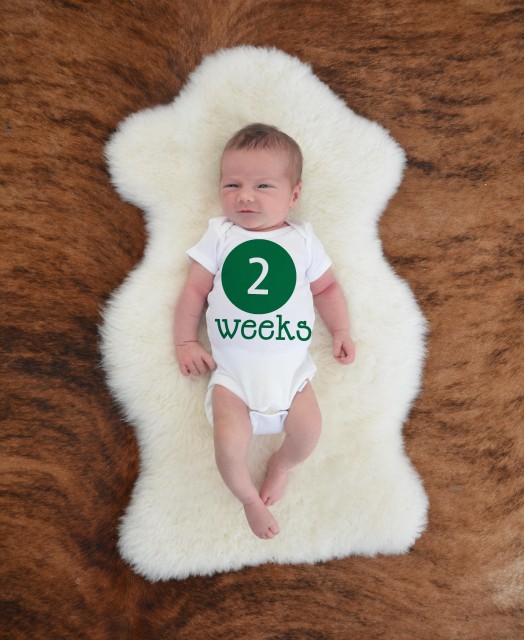 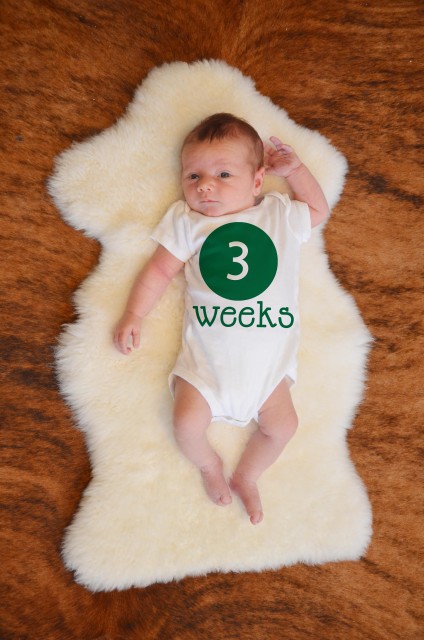 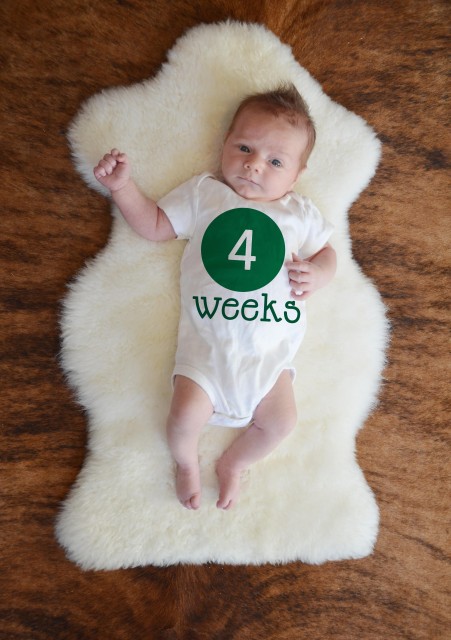 Sebastian is a much more chill and relaxed baby than Reese ever was. There are a few factors that we think caused Reese to be colicky like me eating dairy, not doing true full feedings, and just being more high maintenance. The items we could change like full feedings and me watching what I eat we have done from day one with Sebastian. So, those could be contributing somewhat to how laid back he is. It is a huge blessing that he is because having two this close means there is a lot of waiting on me doing things for Reese or me doing things for Sebastian.

Sebastian has darker hair than Reese does but also has blue eyes at least for now.

He is a good sleeper and gives us 4-6 hour stretches depending on the night. One time he even gave us a 7 hour stretch,but I think it was a fluke. He likes his bouncer, his swing, and he doesn’t mind his car seat which is a huge deal. Reese would scream bloody murder the whole time while in her car seat at this age.

Sebastian has AMAZING neck and back muscles and control. Our chiropractor, nurses, and everyone who holds him is impressed with how well he holds up his head. He also doesn’t mind tummy time which is nice as well. He has also rolled over a few times already which is insane from stomach to back.

Sebastian is also very tall just like Reese was so he is in 3 month clothes since he has a long torso. We have already had to move up his shoulder straps in his car seat.

Sebastian does spit up occasionally which is more than Reese did,but he does eat well as you can tell by his weight gain. (He was born 8 lbs, 10 oz.) In the hospital he had an amazing latch,but then within the first week it got worse and worse. He liked to clamp down and due to engorgement would have a very shallow latch. This caused bruising for me which wasn’t fun, after help from 3 different lactation consultants we finally got it all figured out, healed, and back to good feedings. I do say he nurses best at nights; during the day he tries to snack rather than doing longer better feedings. I am eating dairy free, bean free, peanut free, and chocolate free. These were the things that really affected Reese with gas and stomach issues. So far I have noticed beans really affect him, but in a few months I will try bringing in one of these foods to see if he has any reactions. If he doesn’t then I will again add it into my diet, and continue with the next food restriction.

He is a total grunter when pooping, eating, getting swaddled,etc. He does like being swaddled just as much as Reese did.

He goes down really well in his pack n play which Reese never did. The first night home was rough because he only wanted to be held to sleep,but the second night was much better. Since then I have been averaging around 6-7 hours of sleep at night which is amazing, they are interrupted hours,but I can easily function on that. With Reese I was getting about 3-5 hours total a night which was rough. I wake him up every 2 hours during the day to feed to get his days and nights fixed.

Sebastian is most upset when he is hungry, has a dirty diaper, or is overtired. We aren’t doing sleep training yet,but I’m hopeful that he will be easier to train than Reese was. He likes sleeping on his side or stomach when he isn’t swaddled during naps.

He likes the ergo, being outside, the bees and leaves that turn on his swing,being able to see over our shoulders, and just being held. He also does an amazing job tracking us with his eyes. He mainly watches our hair because it is a darker contrast to our face,but he will really follow it when you move with his eyes.

Once he is done with his 6 week growth spurt, we plan to move him to his own room which is the guest room. Once he is sleep trained, we plan to have Reese and Sebastian share a room until they are a lot older.

Sebastian is still in disposable diapers since he is too small and poops/pees way to much to be washing cloth that often. So far the Aldi and Kirkland(Costco) brand diapers are our favorites. He also doesn’t seem as sensitive to disposables as Reese was. She ALWAYS had a rash no matter the brand, butt paste we used, etc. He only has gotten them when I eat dairy and beans thus far.

His umbilical cord also fell off on day 4 just like Reese which is soo nice. We are lucky enough to have clothes to borrow from Jackson/Kira/Andrew as well as were given a lot of boy clothes to then pass on to others in our church. So we haven’t had to buy many clothes for him yet.

We aren’t 100% sure who he looks like yet. Reese was a spiting image of Grant with a few small features of mine. He has a more scrunched face which I had as an infant, he has my toes, my cupids bow, fuller lips than Reese did, my eye lashes, my butt chin, and my eye color. Hair color I think is closer to Grant as well as being a bigger boy in general,but his looks have already changed so much it is just hard to tell who he will look like more in the end.

Sebastian is such a great kid, sometimes it is easy to forget we have a second child because he is so laid back. He is starting to smile at things on purpose and coo a tiny bit which makes everything so much more exciting. I still feel like we are in the honeymoon phase where he still sleeps all the time,but once he wakes up and wants a lot more attention it will get a lot harder for us in general. Stay tuned for more updates on Sebastian.